A selection of works from the Harris and The Courtauld Gallery that examine drawing in all its forms.

We hope you enjoy this online Harris exhibition. The exhibition opened in February 2020, in the building and ran until January 2021, but had to close to the public in March 2020 due to covid restrictions. The exhibition was then made available online.

Find out how you can help even more people enjoy the Harris, through #HarrisYourPlace, at the end.

A drawing can be a first thought rapidly sketched, a complex work made in preparation for a finished composition, or an independent artwork. It can also be a record of how we see the world, or a visualisation of the artist’s imagination.

Featuring works from the 17th century to the present day, the exhibition includes drawings by Angelica Kauffman, William Blake, Dante Gabriel Rossetti, Frank Auerbach and Deanna Petherbridge. Each drawing offers a unique insight into the mind of the artist and the process of making art.

The exhibition is part of an ongoing project with The Courtauld Gallery that celebrates our shared heritage with Courtaulds textiles. This year marks the 40th anniversary of the closure of the factory in Preston.

Find out more about Samuel Courtauld and the history of The Courtauld Institute of Art.

If you would like to listen to audio descriptions of some of the artworks, hand picked by our curators, click the buttons below.

Introduction to the exhibition 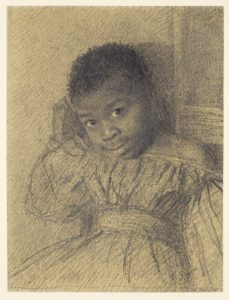 Elizabeth Siddal Seated at an Easel By Dante Gabriel Rossetti, 1828-82

Elizabeth Siddal Seated at an Easel By Dante Gabriel Rossetti, 1828-82 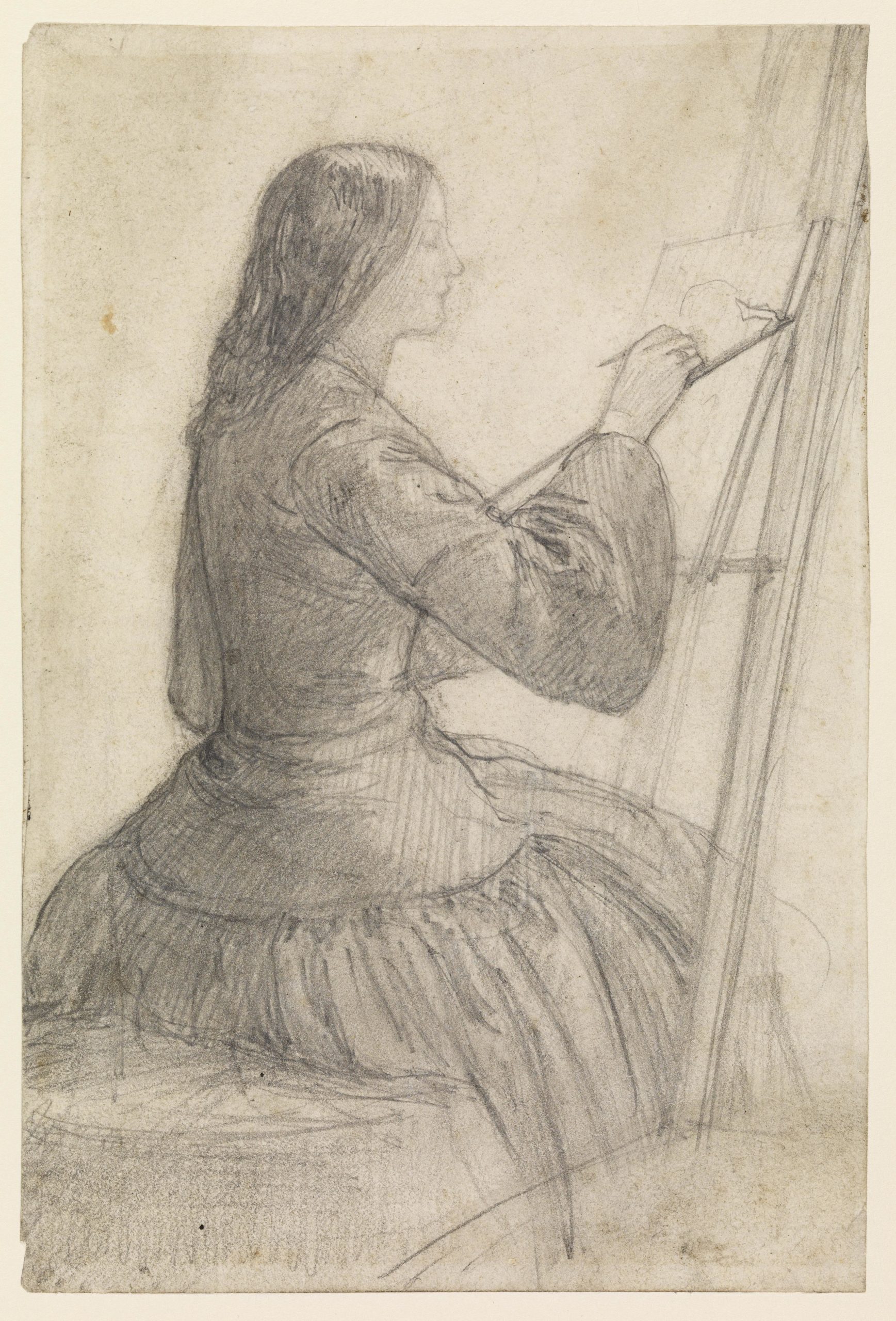 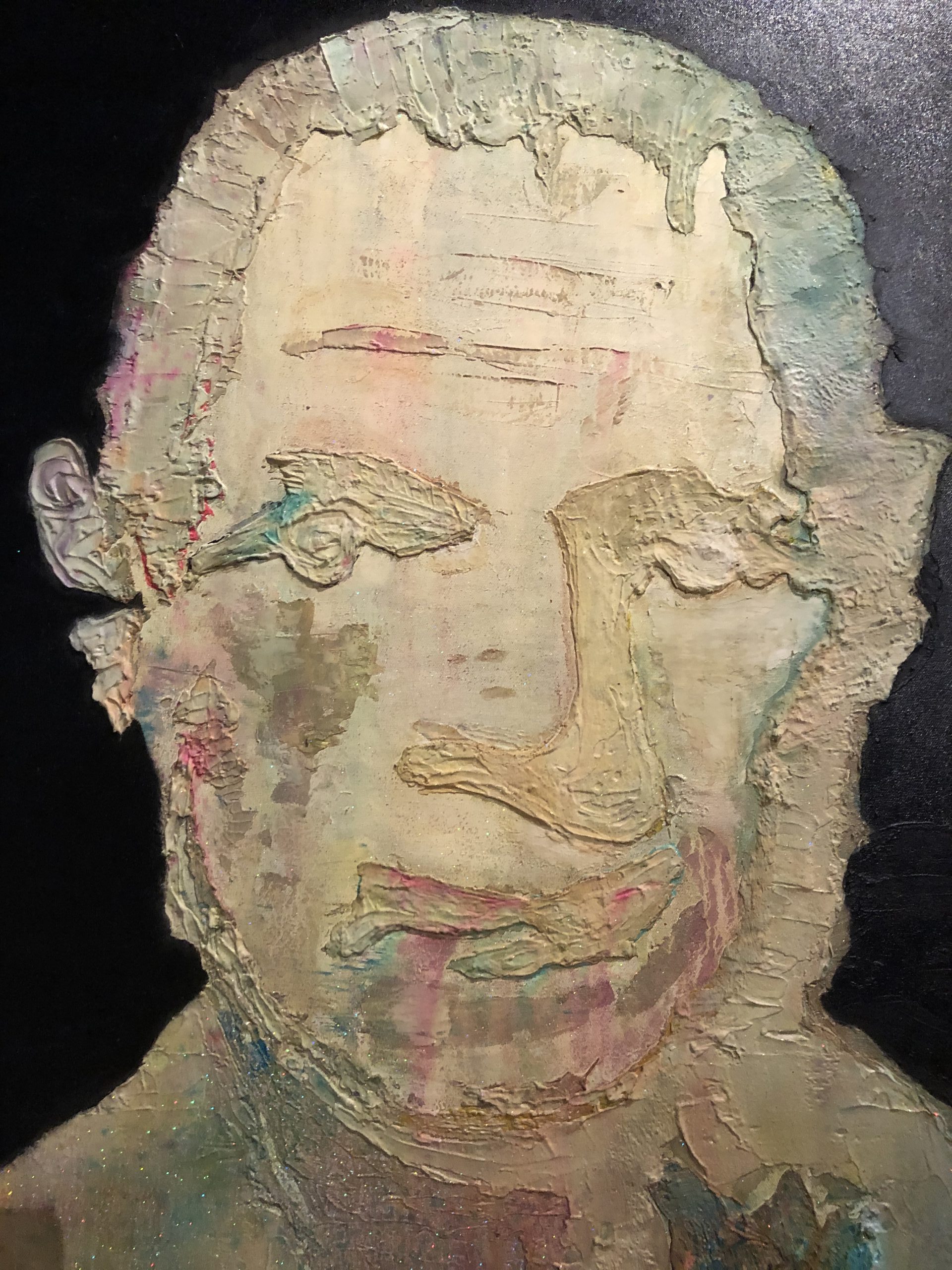 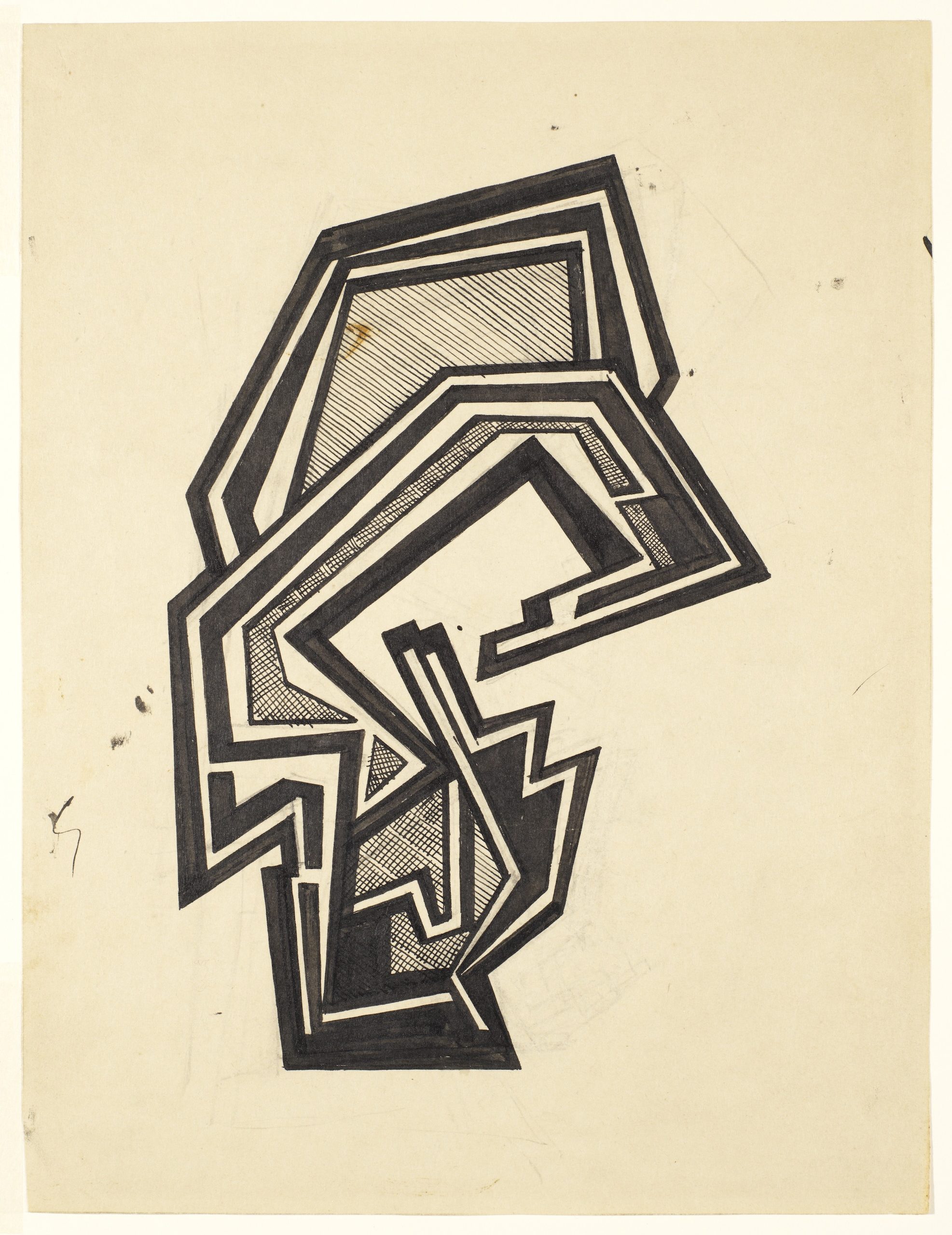 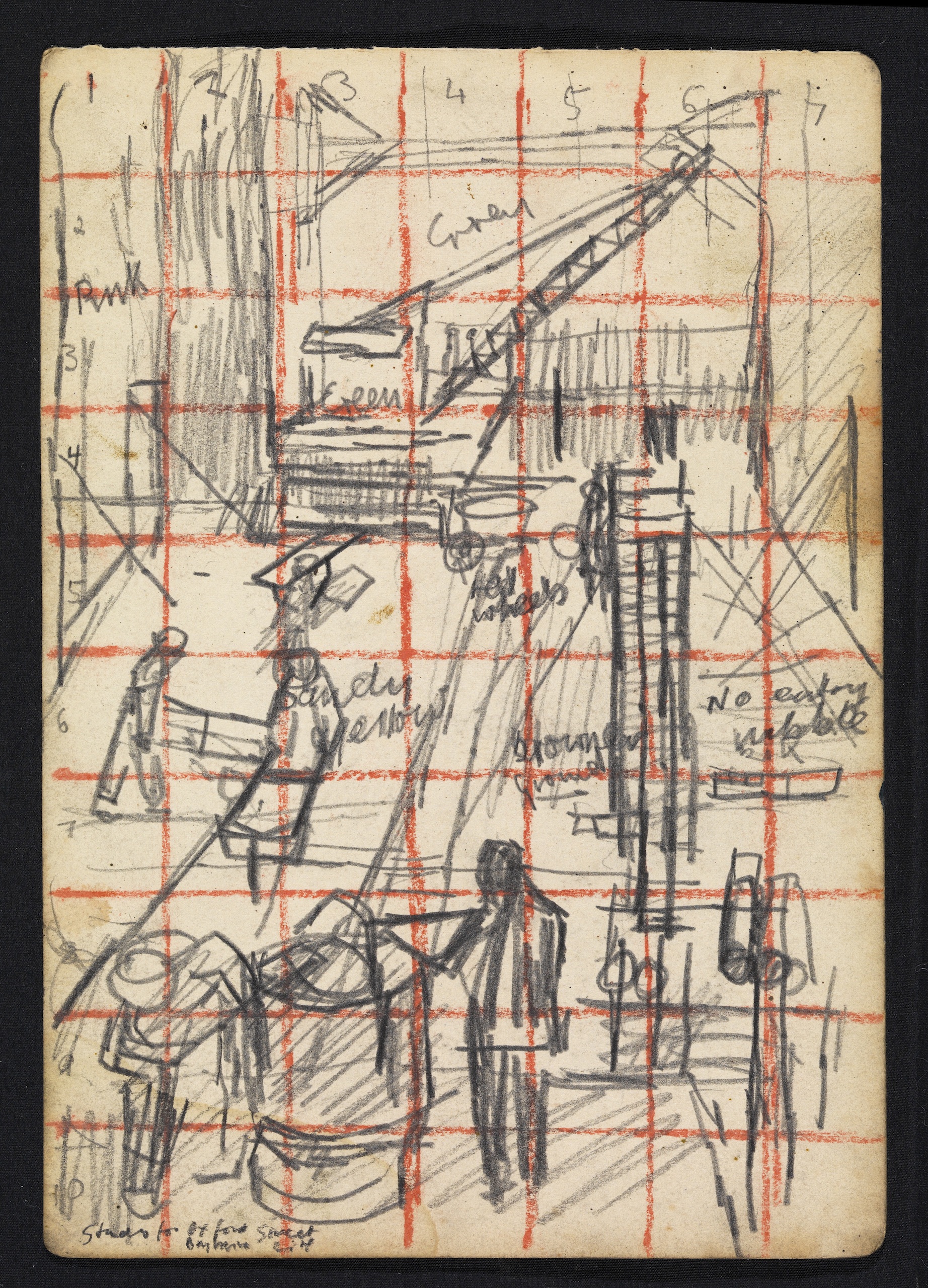 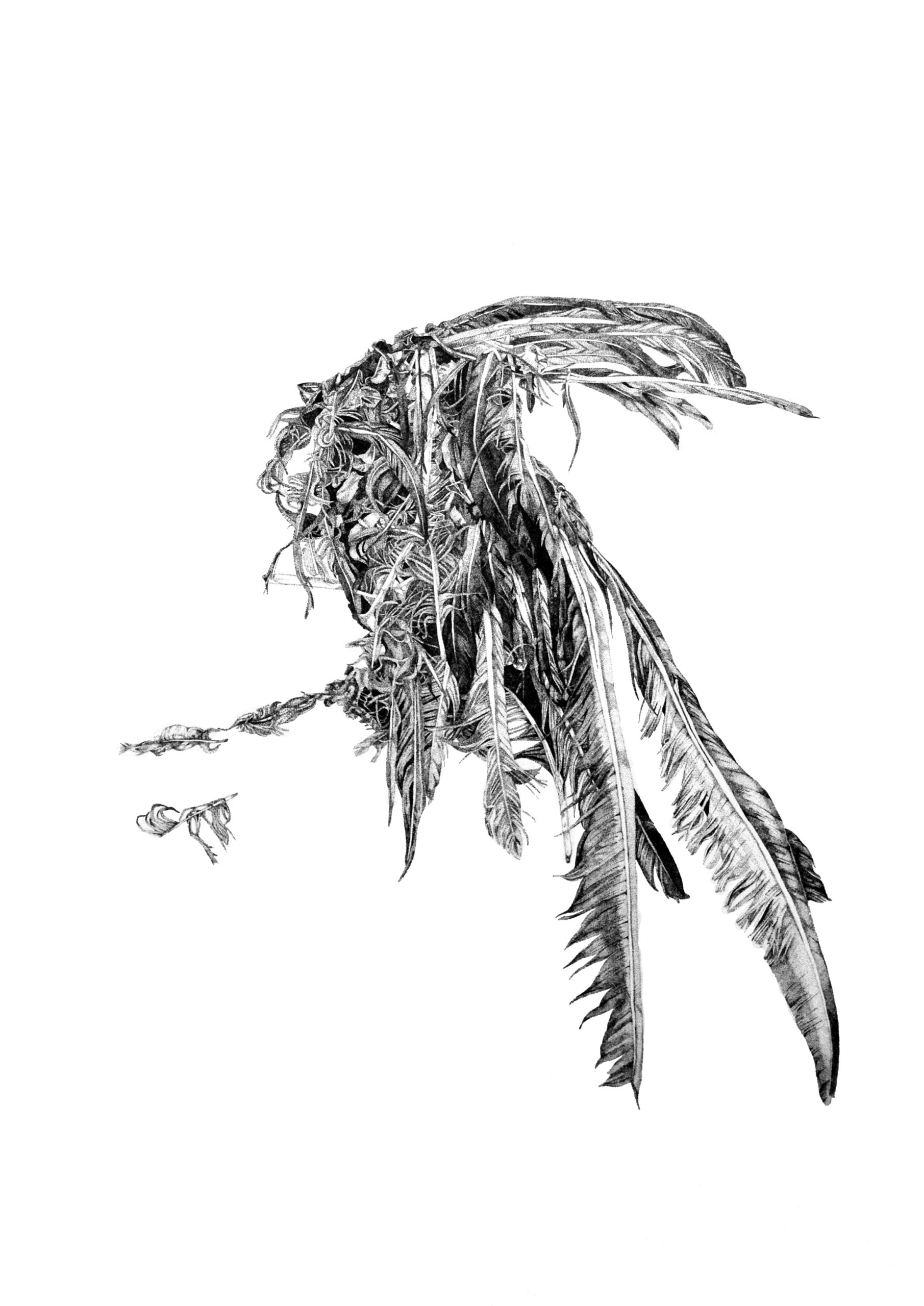 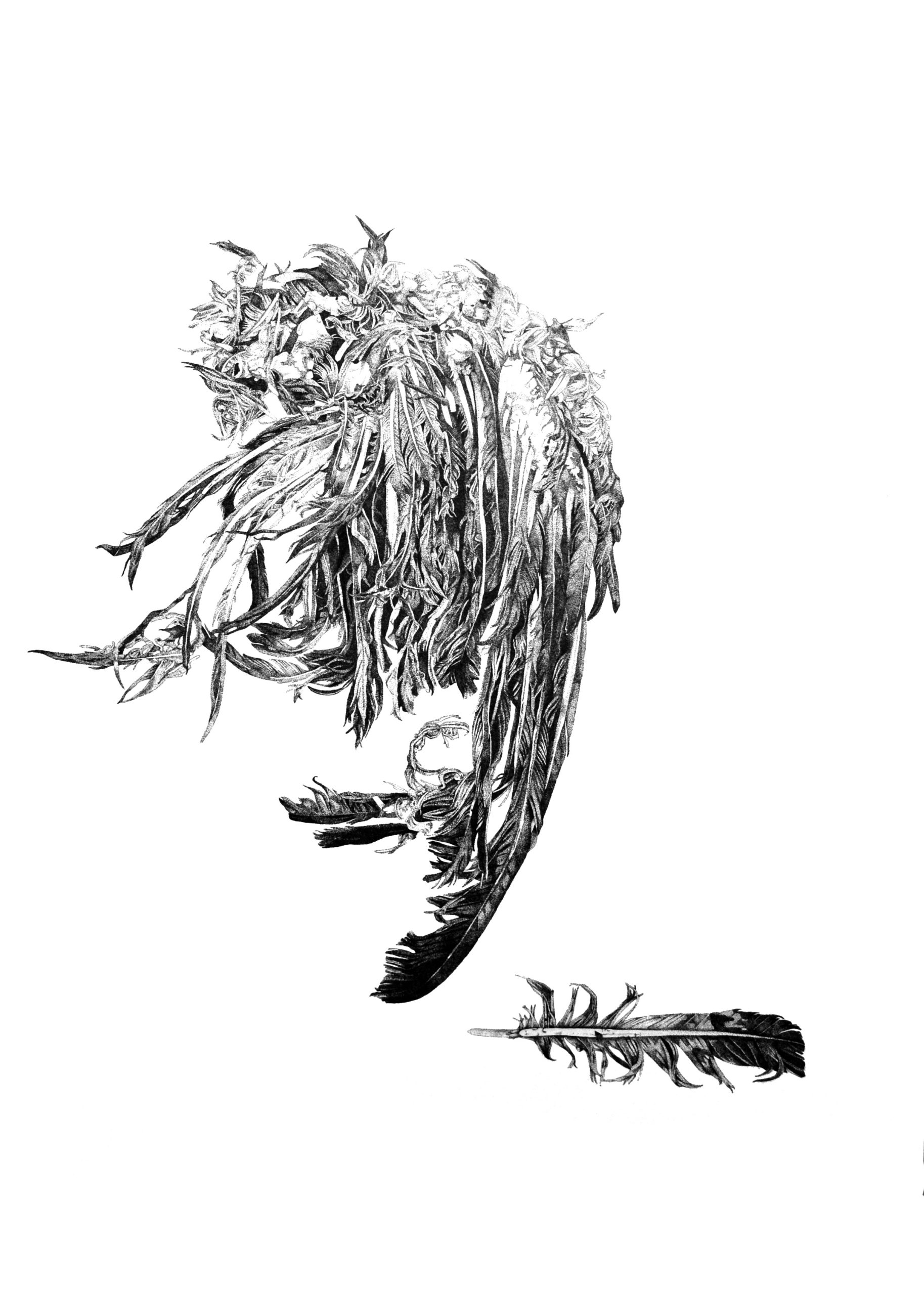 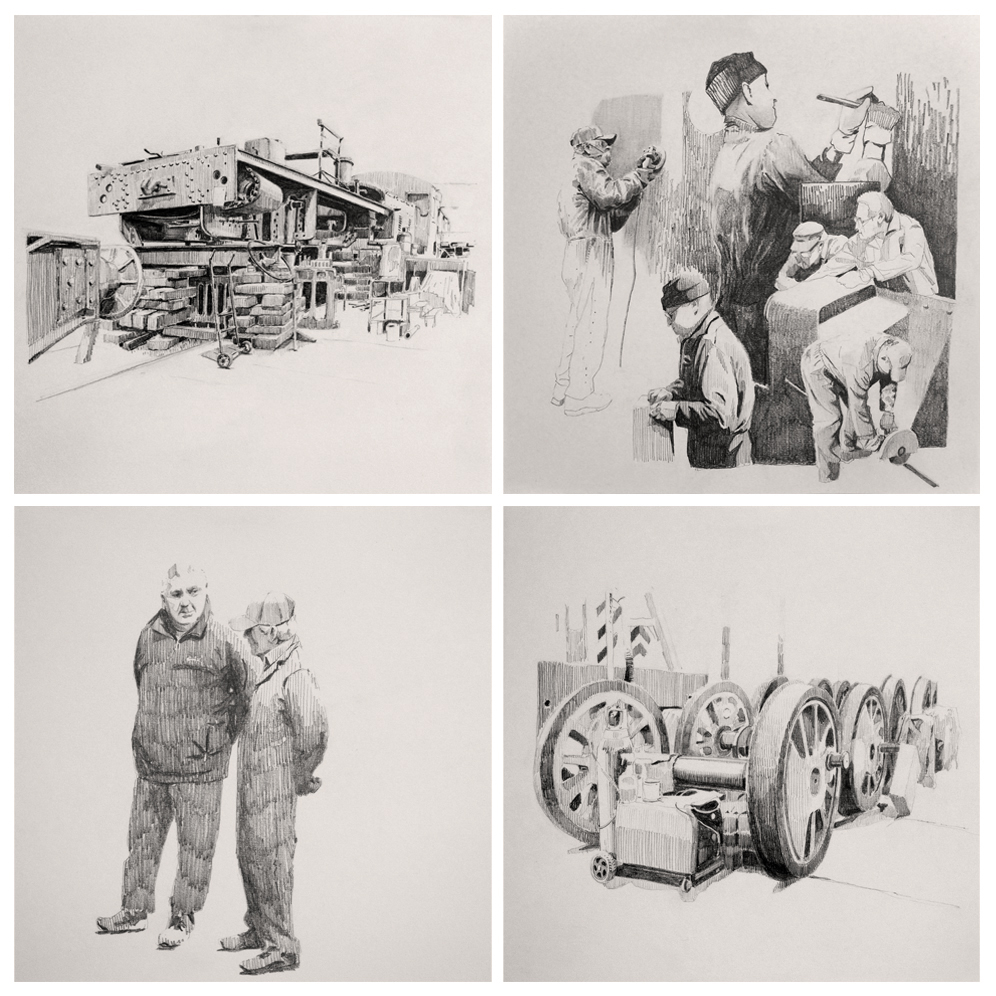 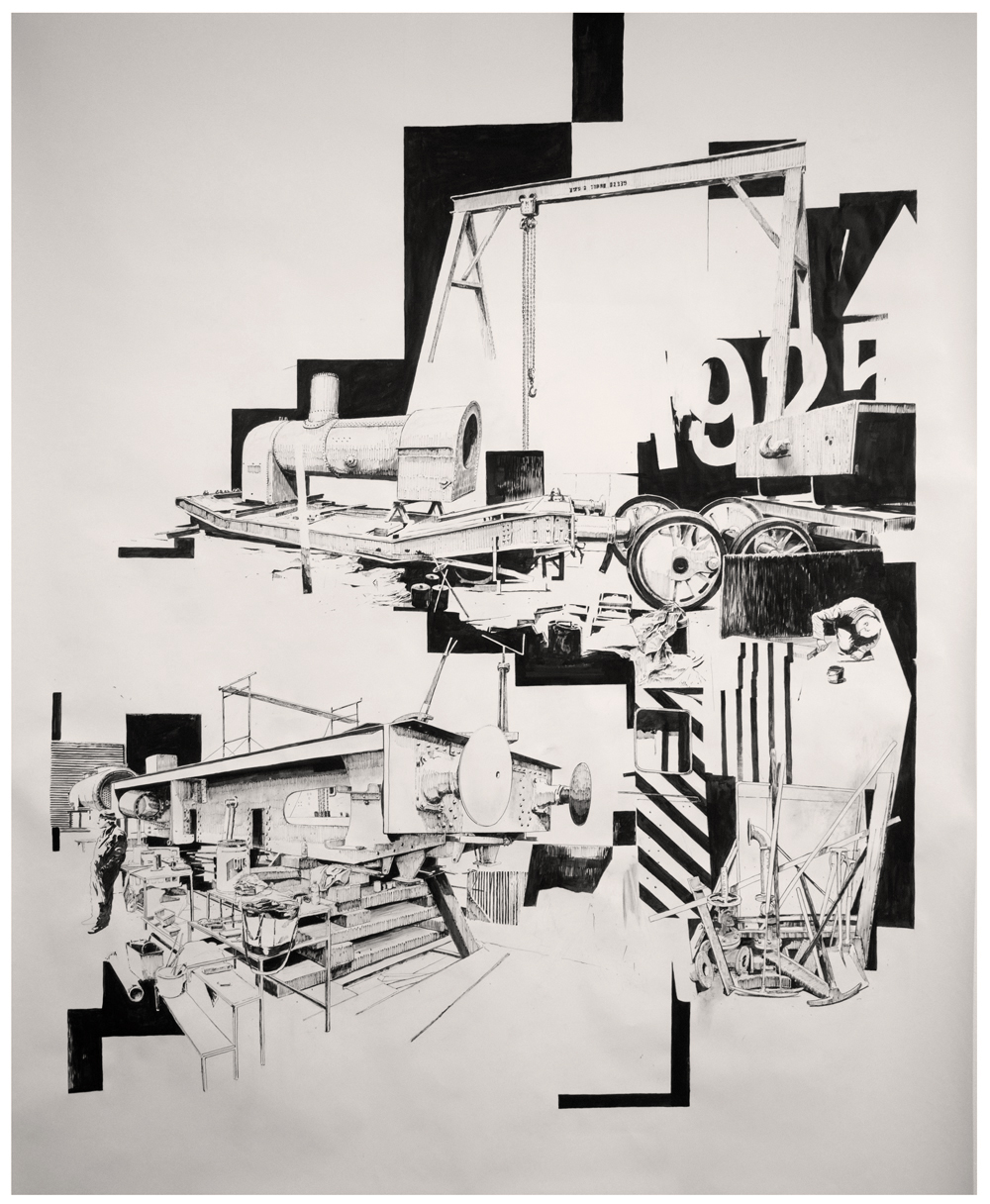 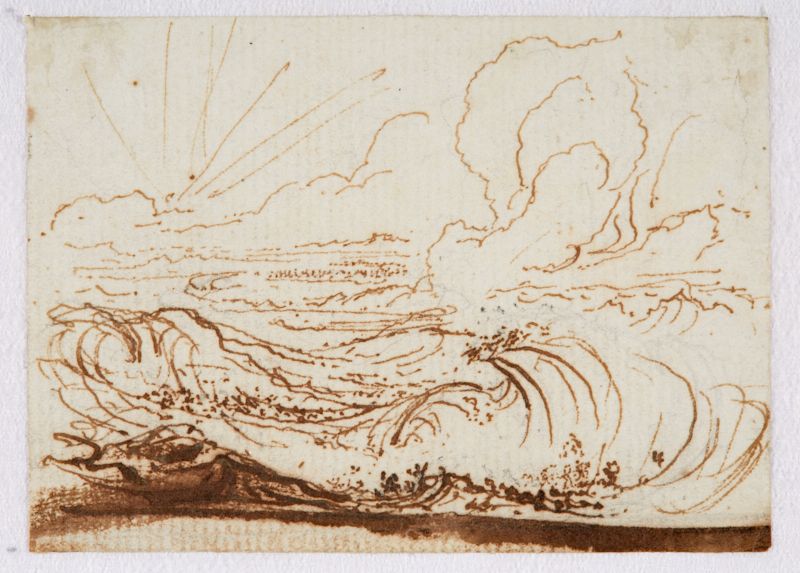 Study for ​Sultan By Bridget Riley, born in 193

Study for ​Sultan By Bridget Riley, born in 193

Preston artists Gavin Renshaw, Kathryn Poole and Anita George have made new work for the exhibition inspired by the history of the site, now Red Scar Business Park, and the people who worked there. 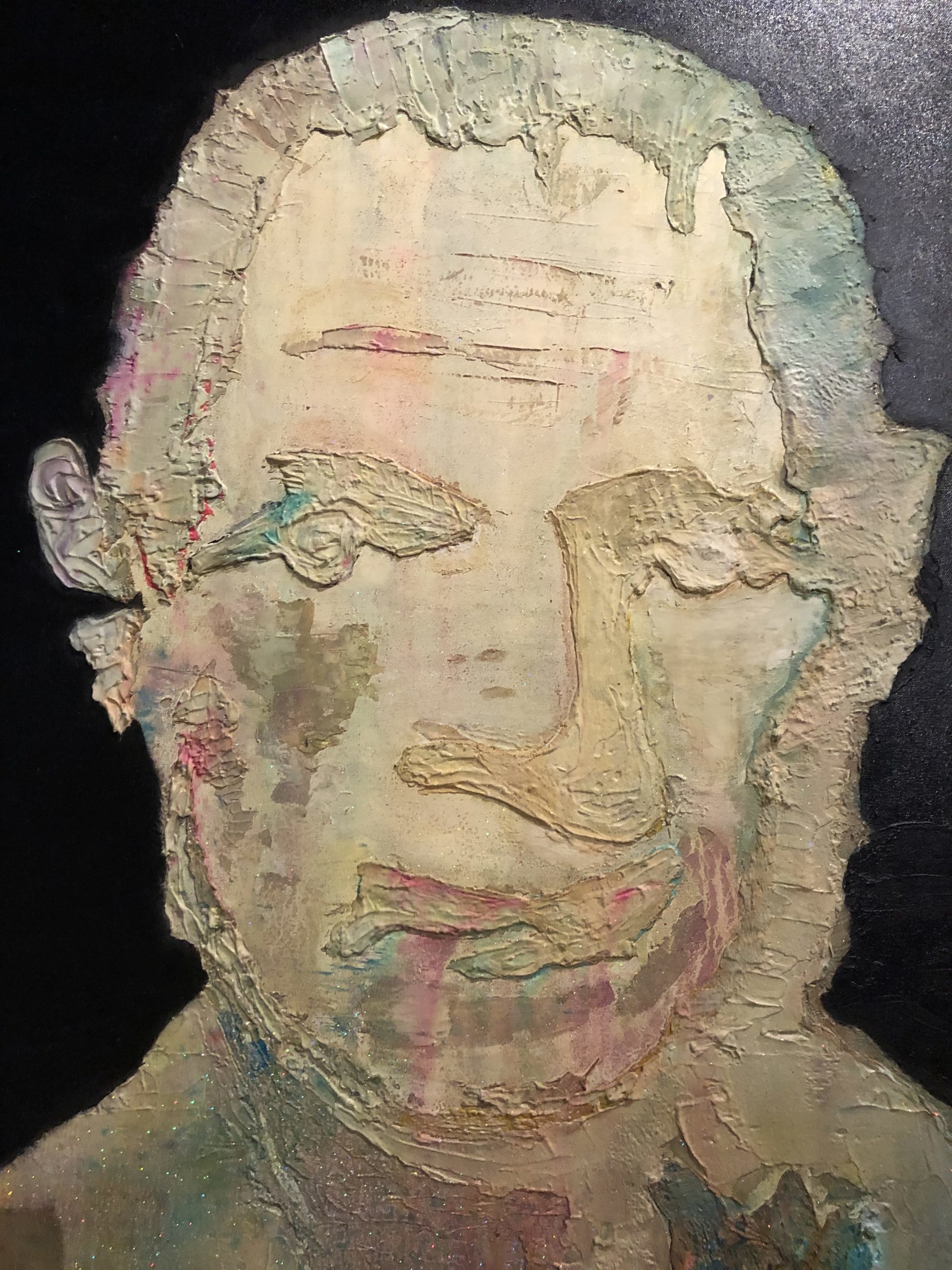 Courtauld became Chairman of the company in 1921. He had a passion for art, and used his wealth from textiles to buy paintings for his own collection and public galleries in the UK. In 1932 he gave his collection to establish The Courtauld Gallery, which includes world-famous French Impressionist paintings by Monet and Cézanne.

The company’s Preston factory at Red Scar started producing rayon in 1939. About 3,000 people worked at the site, including many who settled in Preston from all over the world. By 1960 there were 610 South Asian and 120 Caribbean heritage workers employed at the factory.

Renshaw focused his attention on the industrial heritage of the Courtaulds factory, after discovering that one of the site’s two locomotive engines is currently being restored in Preston.

The engine, named ​Caliban​ after a character in Shakespeare’s The Tempest,​ was completed for the factory in 1937. It is a Peckett saddle tank and was used to shunt raw materials around the site. Volunteers from the Furness Railway Trust are currently restoring the engine at a workshop at Preston Dock.

Renshaw has depicted the engine in its current state, some parts are refurbished, others sit untouched on the workshop floor. The drawings, like Caliban, are fragmented – a jumble of parts massed together or in isolation, corroded abstracts from a larger hulk.

To read an interview with Gavin and to read more about his drawing techniques, press the orange buttons below.

In conversation with Gavin Renshaw 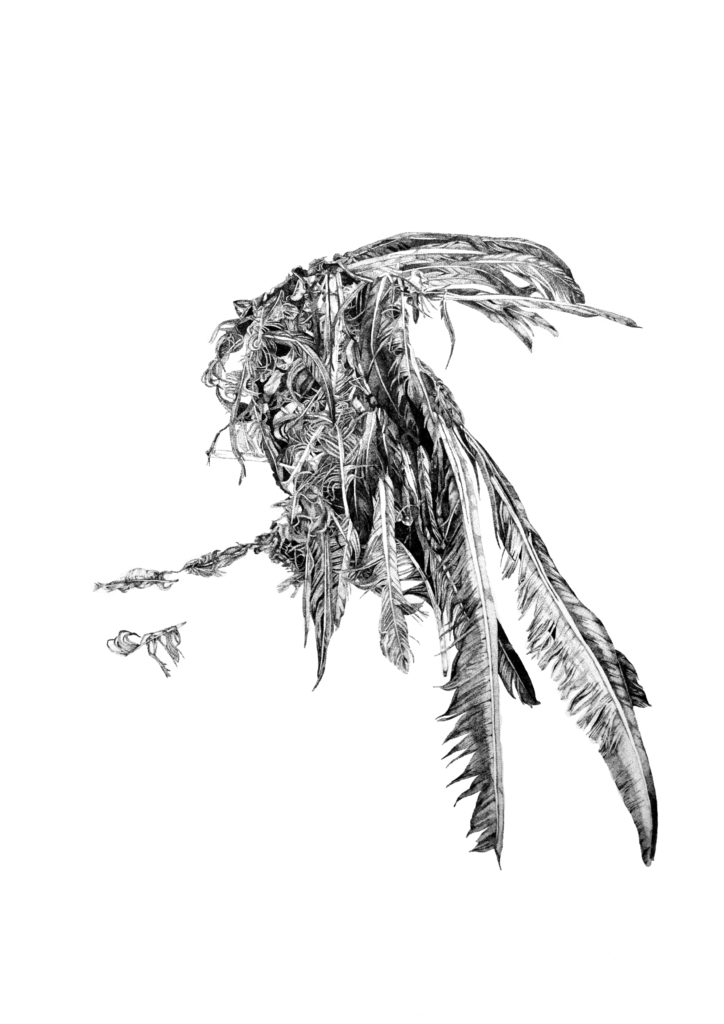 Poole began her work by visiting Red Scar, formerly the location of Courtaulds textile factory. Today the site is a business park. The M6 motorway runs along the west side, and to the south is Red Scar Wood and Horse Shoe bend on the River Ribble.

Walking on a road between the woodland and the business park, Kathryn surveyed the area and found it to be full of wildlife.

Wanting to reflect the wild birds that thrive on the site today, she has made two drawings of the remains of an unidentified grey bird found on the roadside.

Poole’s work attempts to capture and illustrate memories, documenting the loss and death that occurs in unnoticed places. Poole memorialises the dead animals she finds in drawings, etchings and lithography.

As a part of our partnership project we received 4 very different works on loan for the exhibition. These are

– Portrait of a girl by William Henry Hunt

– Study for an Oxford Street Building Site by Frank Auerbach

– Elizabeth Siddal Seated at an Easel ​by Dante Gabriel Rossetti 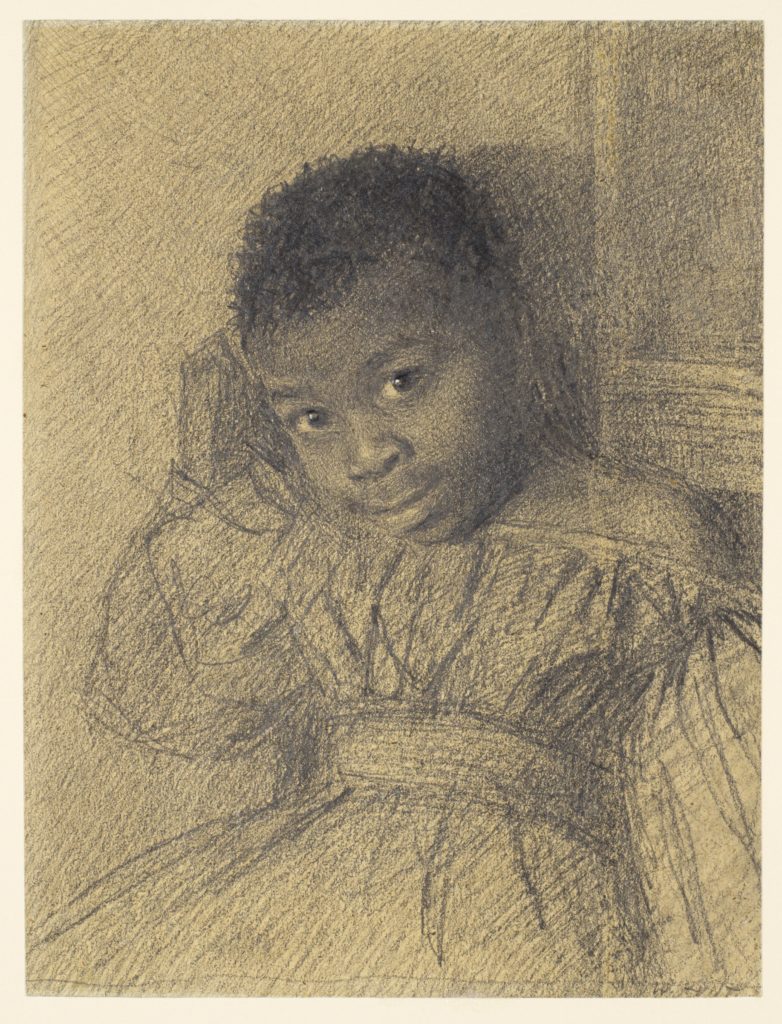 Hunt is best known for his colourful still lifes and charming portraits of children and country people. They appealed to the romantic ideals of middle-class collectors who wanted an escape from the grime and poverty of industrial Victorian England.

Due to a disability from birth, Hunt worked mainly indoors. He welcomed visitors from all backgrounds to his home, drawing and painting them in the comfort of his studio.

This unidentified little girl is one of a number of portraits he made of black children. Hunt has beautifully captured her delicate features using a stippling technique. The tiny dots of white bodycolour in the eyes heighten her gaze as she stares out inquisitively at the viewer.

On loan from The Samuel Courtauld Trust, The Courtauld Gallery, London. John Witt Bequest via the Art Fund, 1982 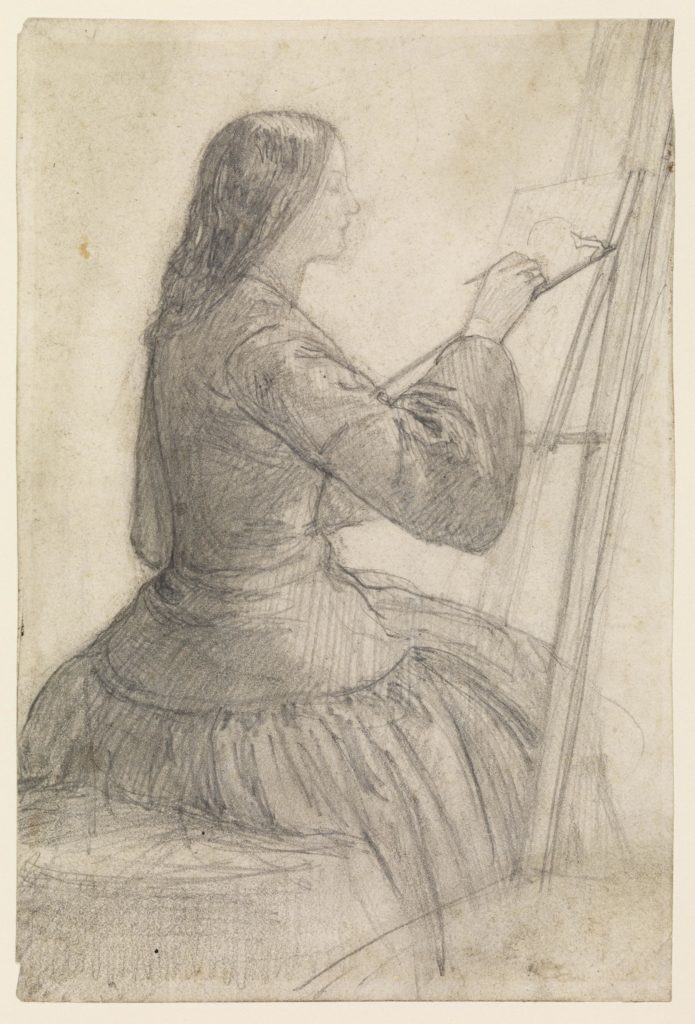 Elizabeth or ‘Lizzie’ Siddal became associated with the Pre-Raphaelite circle of artists in about 1849. She modelled for a number of their paintings, most famously Sir John Millais’ ​Ophelia in 1851, now in Tate Britain’s collection.

In this sensitive portrait, Siddal is shown working at an easel, using a mahlstick to steady her hand. Rossetti has captured her features with a soft and delicate line, and, in contrast, has used heavier hatched lines to describe the rougher textures of the dress material. Closer observation reveals evidence of reworking, especially around Siddal’s profile, where the paper is slightly scuffed.

Siddal became Rossetti’s muse and eventually his wife. She was tutored by Rossetti and was an artist and poet in her own right. Plagued by ill health, Siddal tragically died in 1862 from an overdose of laudanum. 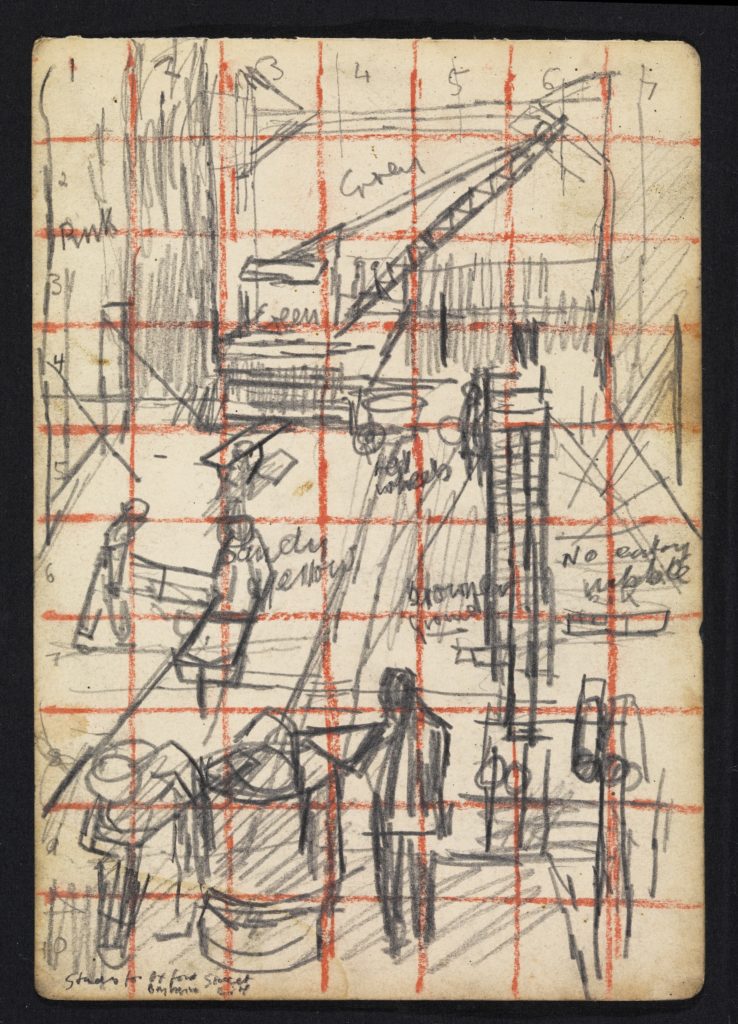 © Courtesy of the artist and Marlborough Gallery, New York and London and  The Samuel Courtauld Trust, The Courtauld Gallery, London

Auerbach made numerous drawings recording the rebuilding of London after the devastation of the Blitz during World War II. The curved corners of the paper indicate that this drawing is from a sketchbook. It was made at a construction site on Oxford Street, now the location of the John Lewis department store.

Before he began sketching, Auerbach laid down a grid in red chalk, which he would later use to help transfer the subject to a larger painted surface. Notice Auerbach’s written observations of colours, made when sketching on site.

Interview with Frank Auerbach – From Drawing to Painting 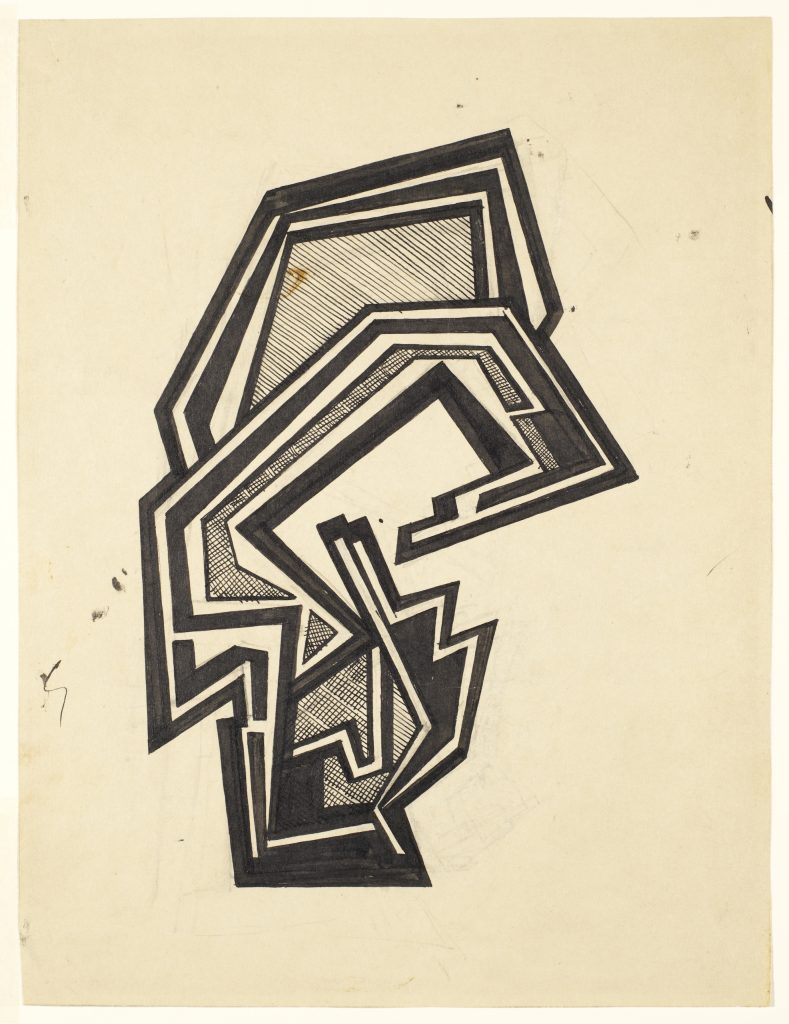 ©The Estate of Helen Saunders and The Samuel Courtauld Trust, The Courtauld Gallery, London

Saunders was a member of the London-based Vorticist group. Formed in 1914, they aimed to express the dynamism of the modern world through imagery derived from machines and the urban environment.

The geometric shapes in this drawing explode outward from the centre of the composition, and the hatching lines create varying levels of tone. We might see objects in these forms but Saunders emphasised, in line with the group’s aims, that ‘the shapes and their relationships have a meaning of their own apart from any
literary or representational overtones’.

This short-lived movement was brought to an abrupt end by the First World War. After 1920, Saunders stopped making abstract pictures. Instead she worked in still life, landscape and portraiture, adopting a more naturalistic style.

Have a go at drawing yourself. Below are 3 videos on different materials you can use to draw, and what you can draw around the house. See more of Oxheys here https://oxheysmillstudios.com

Enjoyed that?  ​A donation from you today will support Preston people, including those most in need, by helping to create #HarrisYourPlace for everyone.

Find out more about the National Partners project 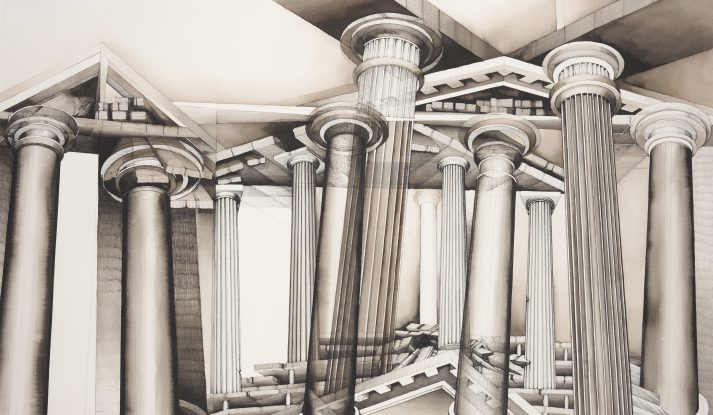 Read about how drawings of an architectural nature inspired a ballet set in 1984. 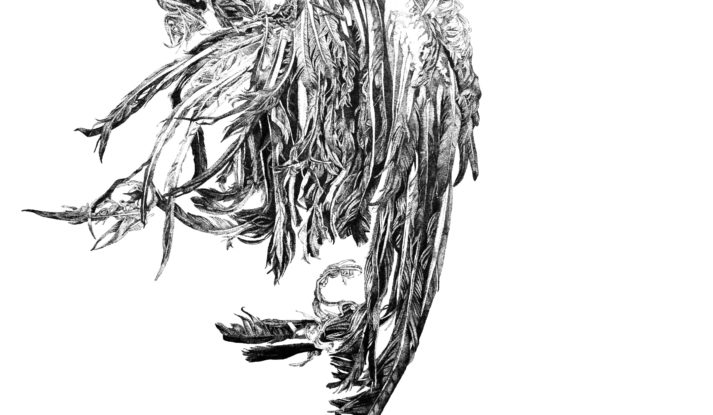