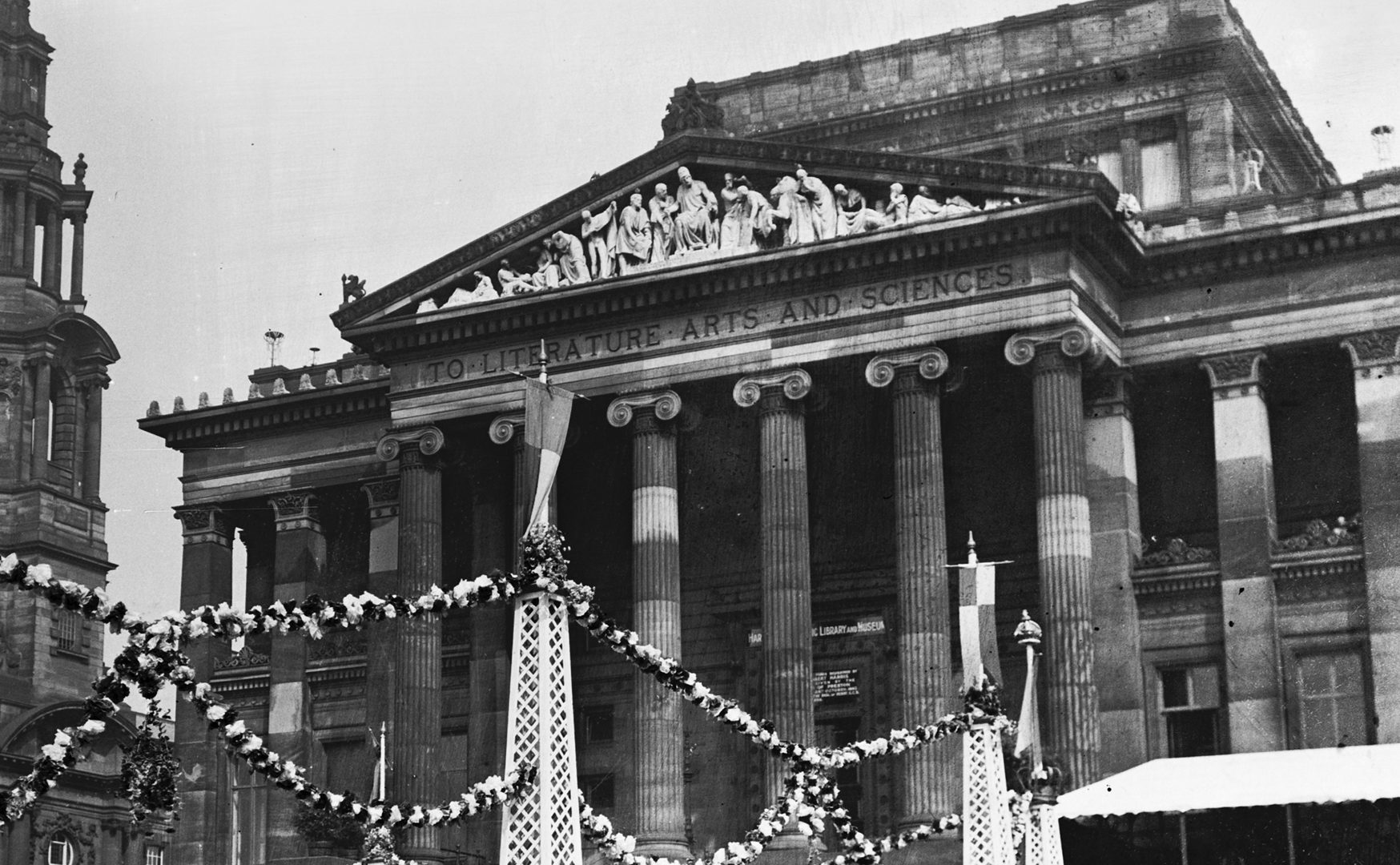 Celebrate the 75th anniversary of Victory in Europe Day​ – the end of the Second World War in Europe – when Allied forces accepted the unconditional surrender of Nazi Germany’s armed forces. 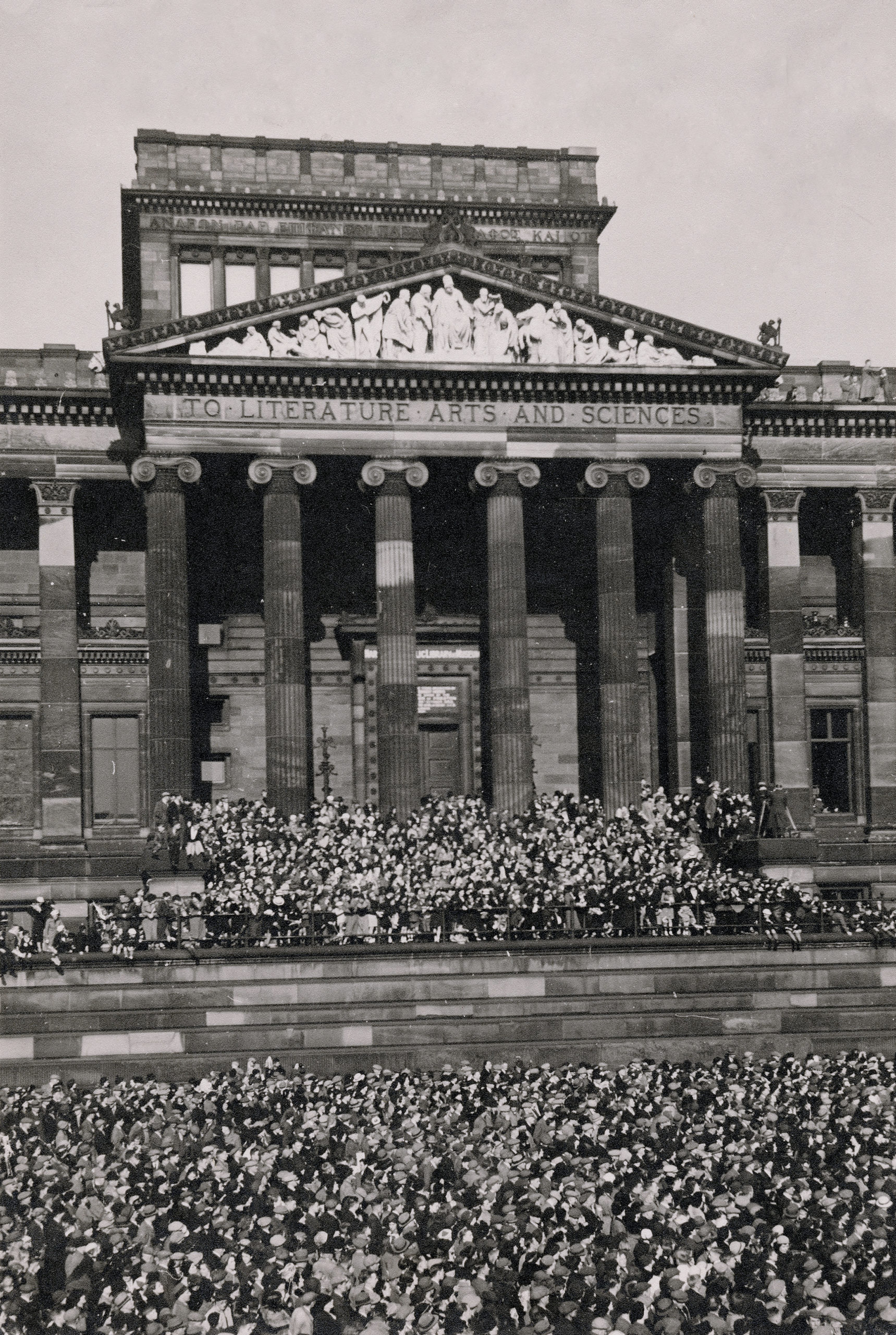 VE Day events across the city may have been cancelled, but there are still plenty of celebrations and activities that you can join from home.

This video has no spoken words, only songs from the era being played in the background.

VE Day 1945 from NWfilmarchive on Vimeo.

Fashion on the Ration

We’re pleased to present a brand new video on wartime fashions by Karen Harvey of Reinvintaged. Karen is a dressmaker who specialises in vintage style recreations using original or reprint vintage patterns. She will give us an exclusive ‘behind the scenes’ look at how she creates her stunning 1930s and 1940s outfits along with a fascinating glimpse into the events that influenced the distinctive styles of the wartime era.

Preston City Council has pulled together a selection of super activities so that you can have your very own ‘stay at home street party’. As if that isn’t enough, why not take a look at the Virtual VE Day hosted by Preston-based vintage singer and student Hattie Bee? There’s a jam-packed programme of history, fashion, music and entertainment starting at 9:25am.

Across the UK, people will be taking part in the following collective moments of commemoration and celebration:

11am: Two minutes silence to remember the sacrifices of the wartime generation.

Pause your bank holiday fun to raise a glass, cup or mug in celebration, remembrance and gratitude. “To those who gave so much, we thank you.”

Churchill’s Speech and address from the Prime Minister

The perfect follow up to the Nation’s Toast will be Churchill’s famous speech that declared the end of war in Europe. The speech will be broadcast live on the BBC, just as it was in 1945.

Her Majesty The Queen will send a message to the nation at the exact moment her father, King George VI, gave a radio address in 1945.

Following the Queen’s speech, the nation will be encouraged to open their front doors and join in a national moment of celebration by singing along to Dame Vera Lynn’s wartime classic ‘We’ll Meet Again’. You can find the words to the song here.

A trip down memory lane 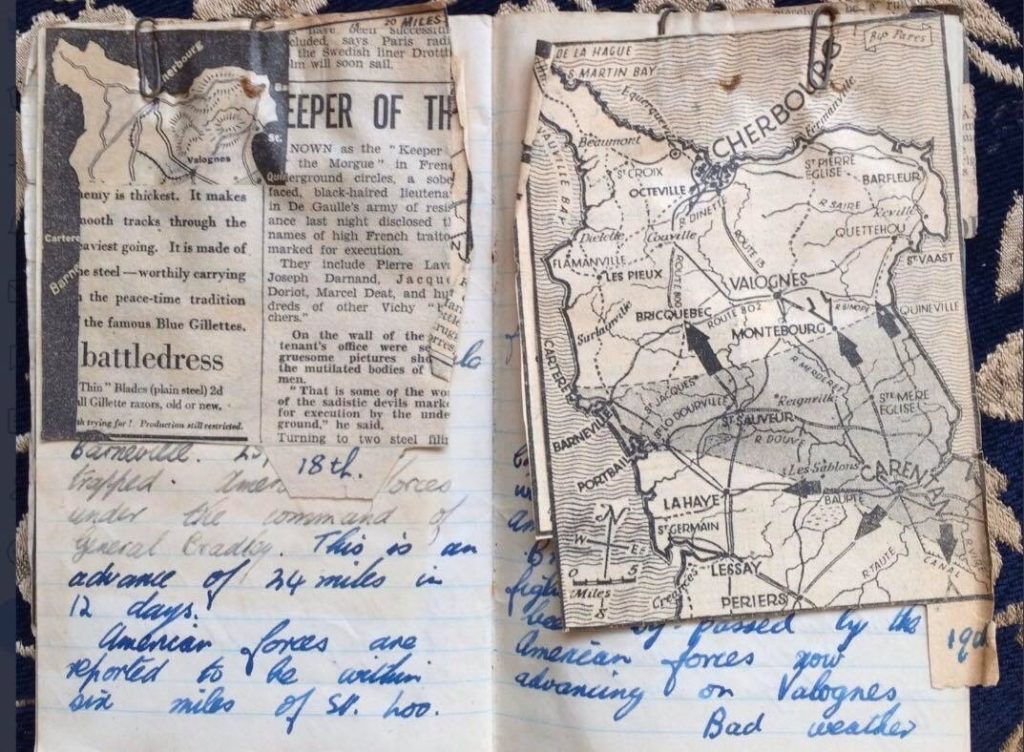 A homemade diary was sent on Twitter from DfsStubbs (Donnys), and it is his father’s dairy, who served in the Royal Navy at that time. 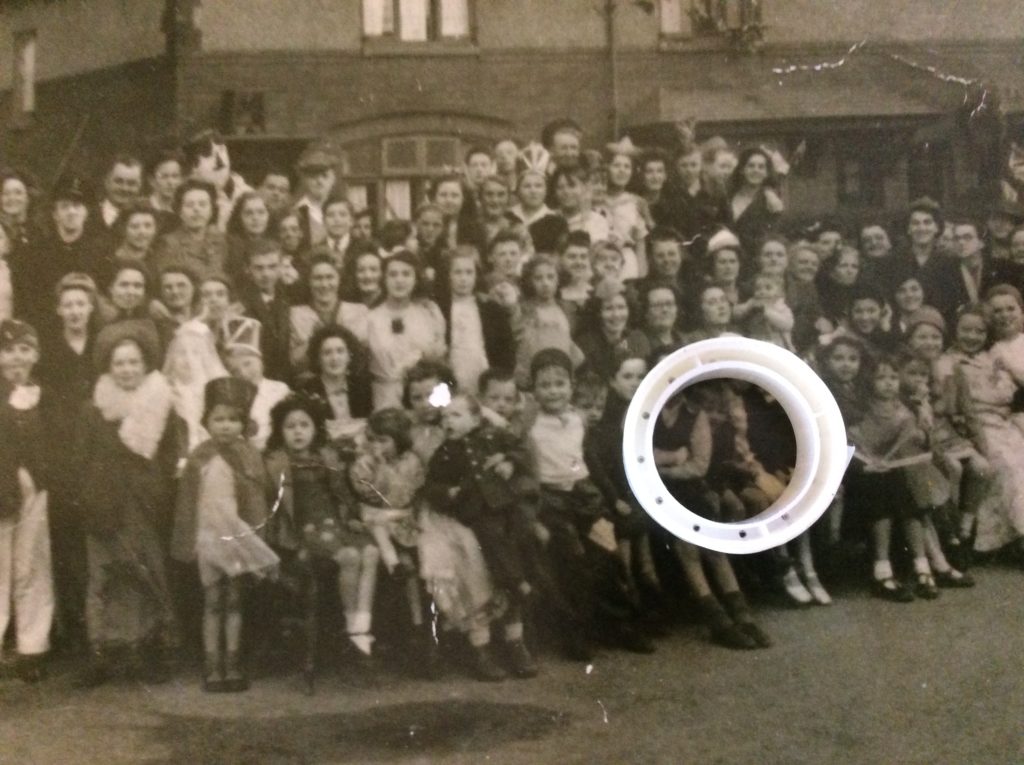 This photo is from Jim Hewitt – Jim and his wife Pat are Friends of the Harris members, and Pat is also a volunteer. 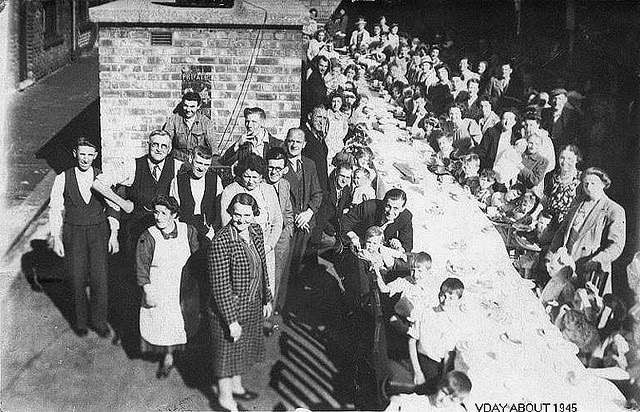 Street party, Scott street in 1945. Credit: Preston Magazine. There is some discussion over whether Scott Street existed in Preston at the time; on flickr there is a thread where people said they couldn’t find Scott Street in Preston between 1870-1960, and 2 people said that they have a directory of preston from 1939 and 1952 and this street isn’t listed. 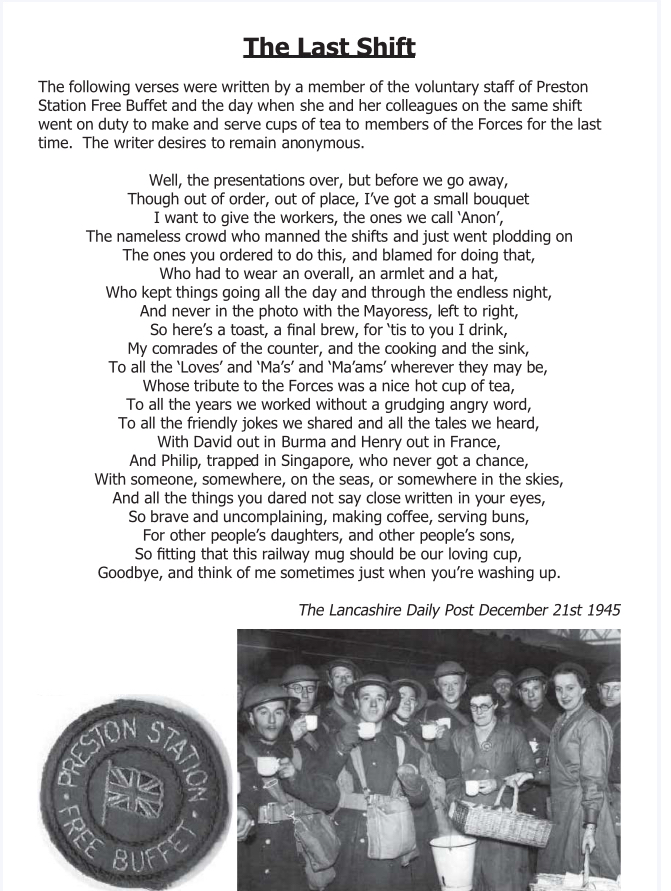 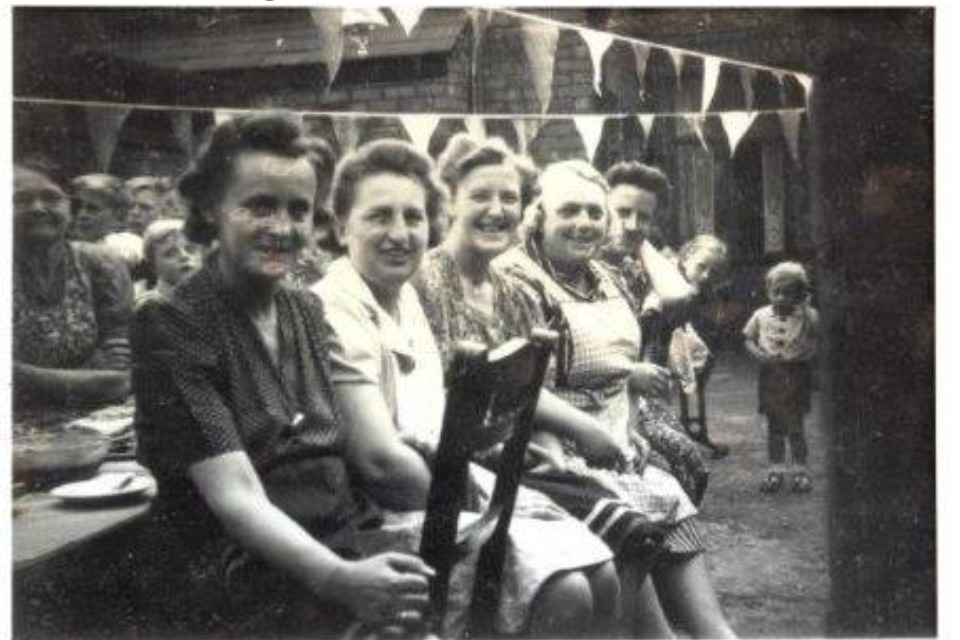 The photo from Wendy Foster Leigh – Wendy is a Life Member of the Friends of the Harris, who was born and brought up in Preston, but now lives in Salt Lake City. It shows VE Day party taking place in the alley behind 318 Plungington Road. Wendy is the little girl peeking around the table. Credit: Photographer unknown.

Calling Blighty is a series of short films made in 1944-46 of individual servicemen and women in the Far East sending personal messages home to their family and friends. These poignant filmed messages were shown to invited audiences in local cinemas, bringing much laughter, and certainly a few tears.

Do you know any of these Preston servicemen? The North West Film Archive would love to find out more about these films, so if you: 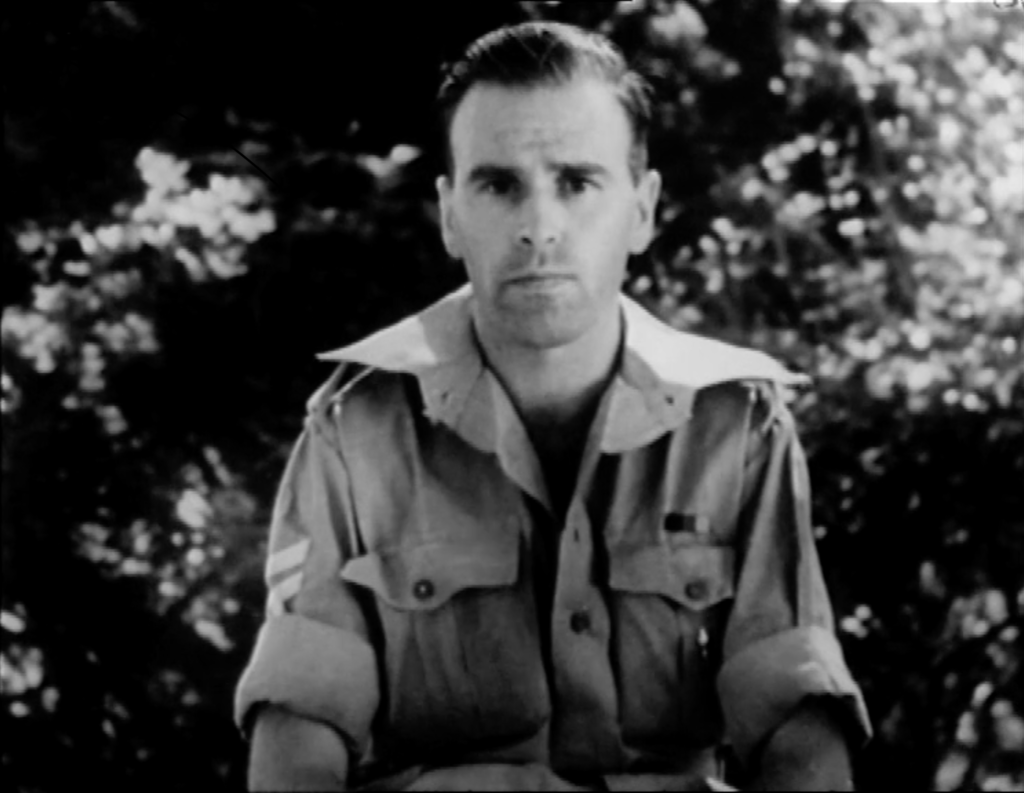 A Message home from Cpl A Hunter (RAF Ceylon) – from Longton 183 19Hunter from NWfilmarchive on Vimeo.

View the messages from the other Preston servicemen.

Did you know that wartime Prime Minister Winston Churchill visited the Harris?

Take a look at this fascinating silent piece of archive film footage showing the Prime Minister and wartime leader Winston Churchill receiving a rousing reception while addressing a crowd from the balcony of the Harris.

Filmed shortly before the General Election, when Churchill’s Conservatives were swept aside by a surprise Labour landslide, this is a glimpse of a war-weary Britain in the months between V.E. Day and V.J. Day.

Just think, when you next take a seat in the Heritage Reading Room, you may be sitting on Winston’s chair! 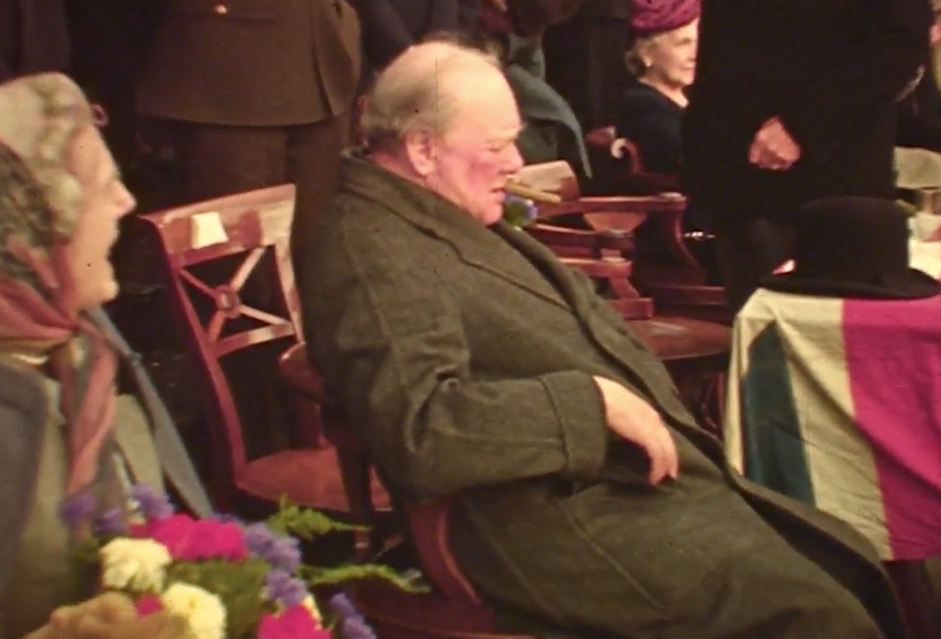