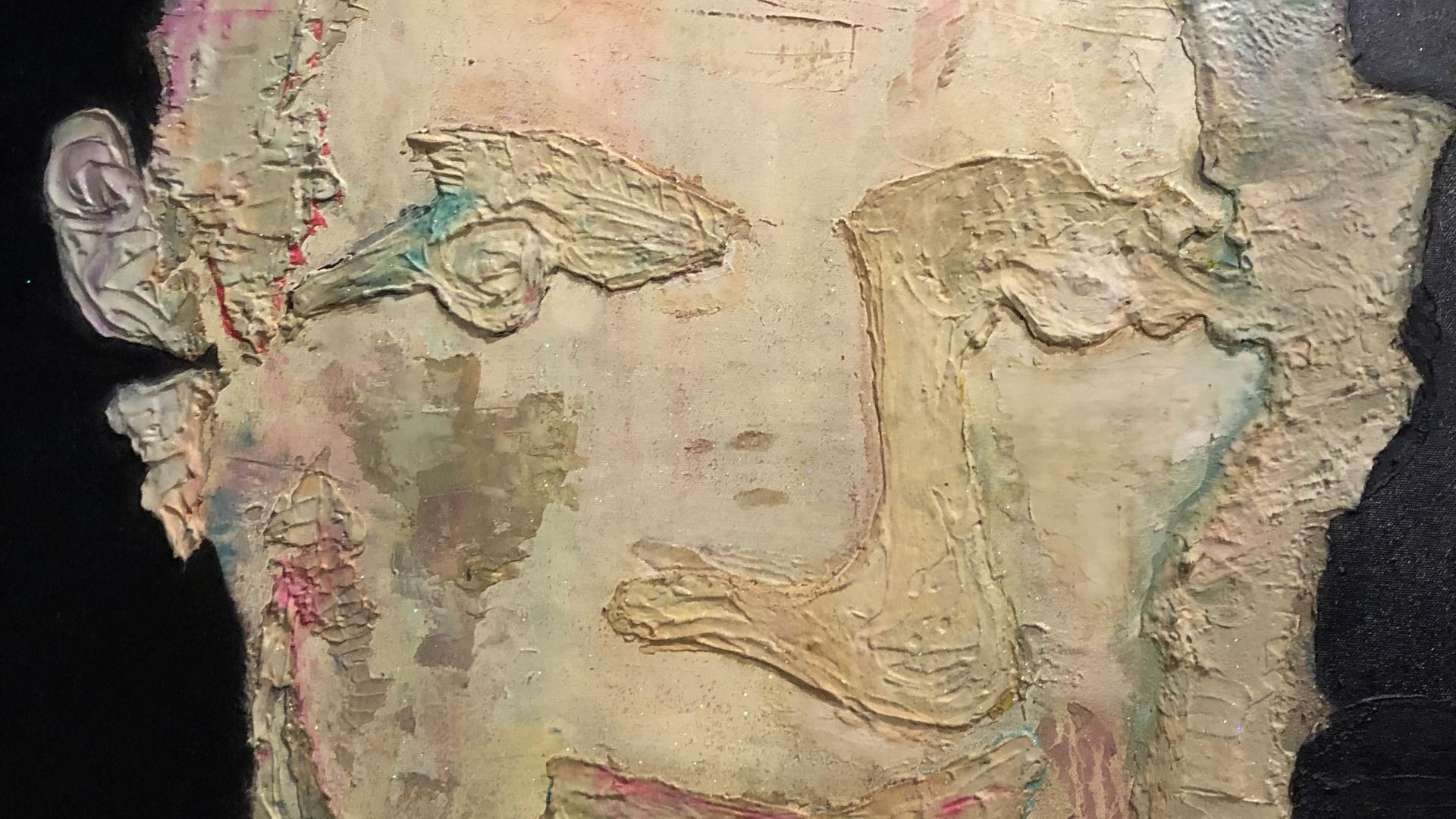 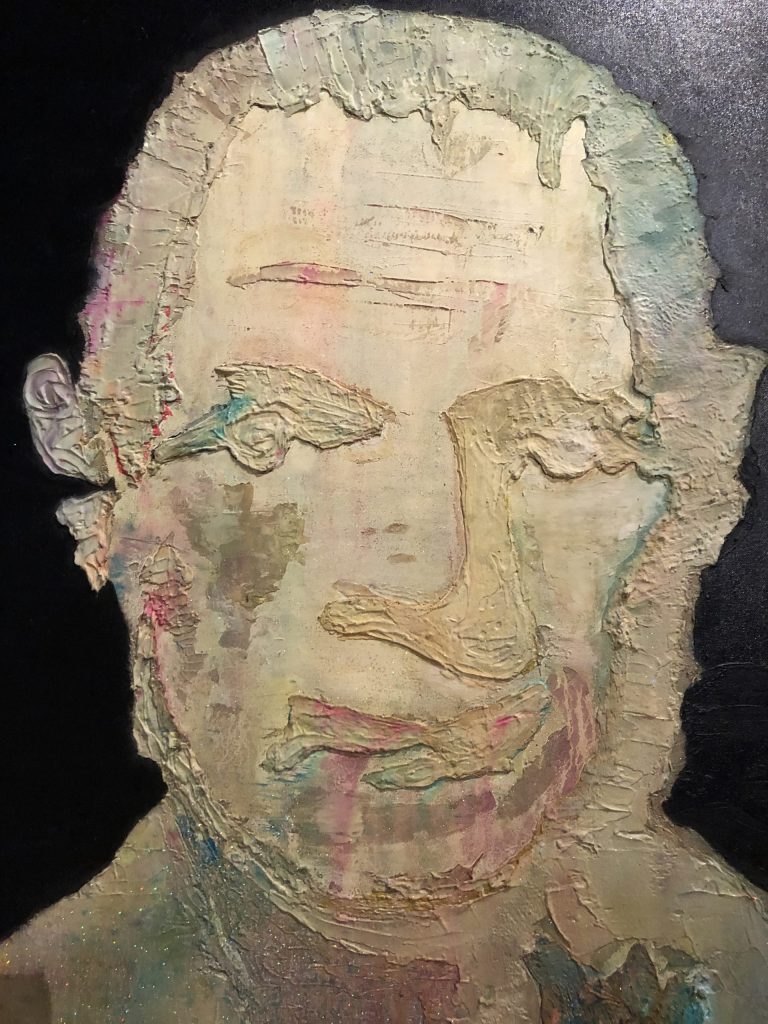 Samuel Courtauld was a man of many talents, as chairman of Courtaulds Ltd he was an important industrialist and government advisor, and as a philanthropist and art collector he helped to establish the Courtauld Institute as well as contributing to the collections at the National Gallery. His devotion to sharing art was also a significant inspiration in developing the Courtauld National Partners Programme.

The artwork above was commissioned by the Harris and the Courtauld gallery for The Artful Line exhibition. Anita George responded to the history of Courtaulds by creating a portrait of Samuel Courtauld using plaster, PVC, acrylic, ink and glitter.

1.  Despite his wealth, he considered himself a bit of a maverick and an outsider.

Although Samuel Courtauld was, thanks to his family business, part of the wealthy middle class, he was proud of his independent spirit. This applied to his taste in art of course: his niece recalled how shocked his friends were when he started buying Impressionist paintings and hanging them in his elegant 18th-century townhouse. However, it is also evident in the way that he viewed his role in the Courtaulds company. Unusually amongst industrialists at the time, he wanted workers to have large shares in the company so they could reap the profits of their labour. He also promoted education, childcare, sick leave and pension benefits among his employees, and lobbied the government to extend them to other businesses.

2.  He never went to university.

Born in a prosperous family, Samuel went to a prestigious boarding school. He did not go on to university, unlike his siblings (including his sisters, a rare occurrence at the time). Instead, he became an apprentice in textile factories in Germany and France, which enabled him to learn the family business. He then joined one of the Courtaulds textile mills in Essex and rose through the ranks. He became chairman of the company in 1921.

3.  His wife, Elizabeth, bought their first works of modern art.

In 1901, Samuel married Elizabeth Kelsey, who shared his passion for art. A patron of music and progressive benefactor of social causes in her own right, Elizabeth is the one who initiated their purchases of French modern art. In 1922, she bought two recently painted works, Pierre-Auguste Renoir’s Woman Tying her Shoe and Saint-Paul, Côte d’Azur by a young artist in the Cubist vein, Jean Marchand. Her taste seems to have been more avant-garde than Samuel’s. For example, she loved Picasso, which he didn’t.

4.  He exhausted his friends going to exhibitions.

Samuel and his wife Elizabeth were avid travellers: they went to Aix-en-Provence to trace Paul Cézanne’s footsteps, met dealers, artists and collectors all over Europe and America, and visited many exhibitions. One of their friends commented on Samuel’s endless energy for looking at art: ‘pictures excite Sam so much that he spends sleepless nights, he visited … Degas, Braque and Constantin Guys’ exhibitions [in one day]’.

5.  He wrote poetry about works of art.

Poetry had always been an important part of Courtauld’s life but it was only after he retired that he was able to fulfil his long-standing desire to publish his own poetry. Entitled Pictures into Verse, the book of poems showcased Courtauld’s responses to old master and Impressionist paintings that he loved. Two paintings in his own collection were included, Pierre-Auguste Renoir’s La Loge (The Theatre Box) and Spring, Chatou. Courtauld was proud of the volume and sent it to friends and correspondents in the artworld. He died a few weeks after its publication. One of his friends said that Courtauld had been ‘a businessman with the soul of a poet’.

May 2020
Written by The Harris 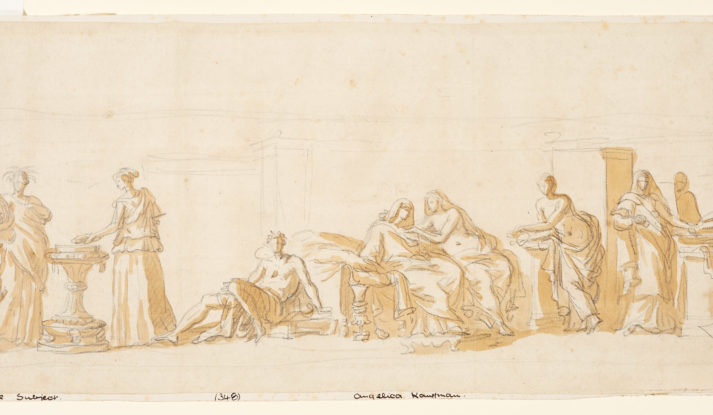 Explore the the Harris from the comfort of your own home