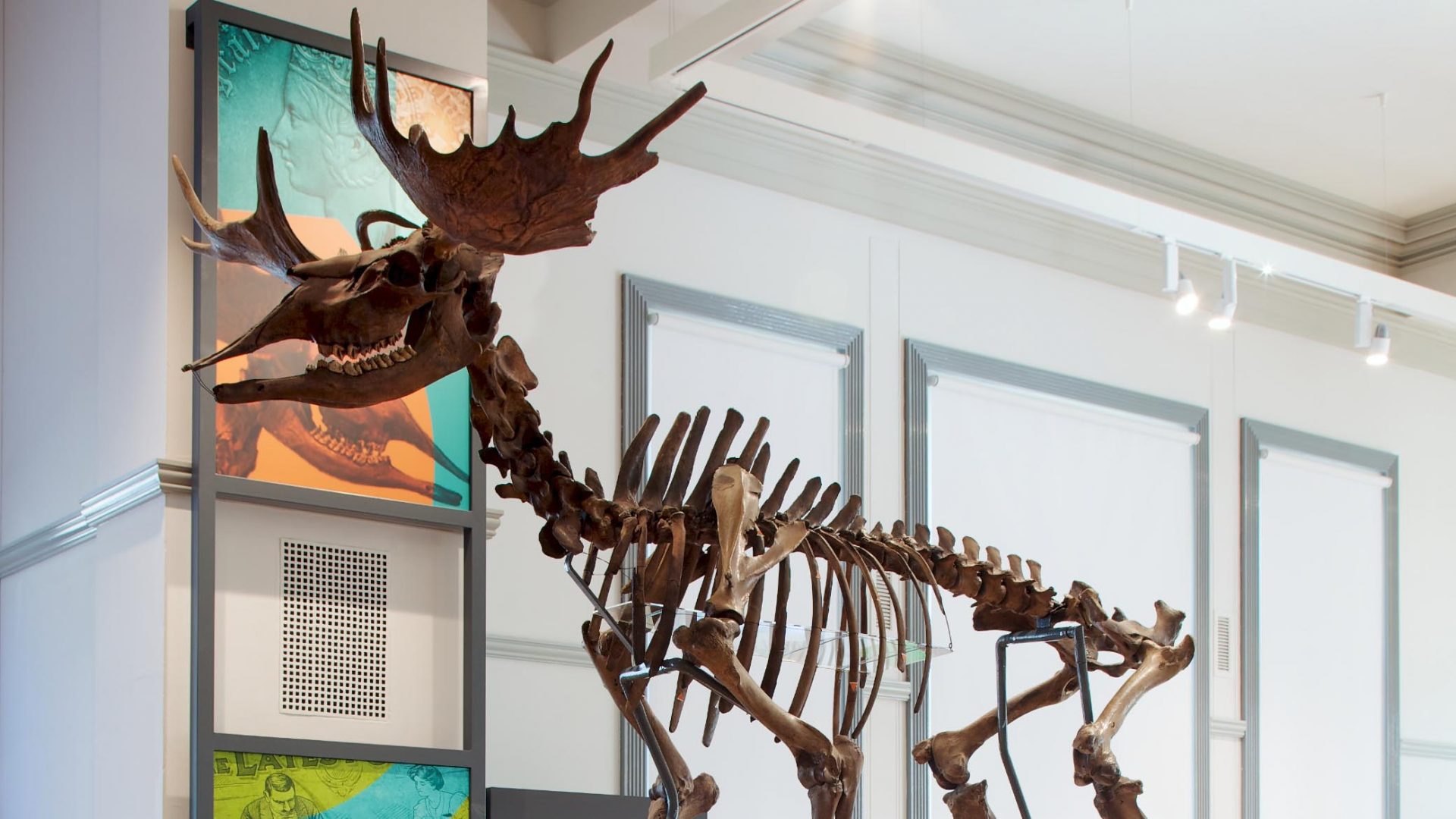 Horace: Celebrating the Discovery of an Ice Age Elk

Horace: Celebrating the Discovery of an Ice Age Elk

Today we’re marking 50 years since the excavation of our elk skeleton, affectionately nicknamed Horace. Horace is special for more than one reason, not least because his 13,500-year-old skeleton is unusually complete. He’s also the earliest evidence of humans in North West England, and has 17 injuries evident on his skeleton.

One of our curators, James Arnold, talks about the elk’s discovery and what the study of his skeleton has revealed about his final moments.

How Was Horace Found and Why is He Important?

Found Under a Bungalow

Horace’s impressively complete skeleton was found by accident in July 1970, 50 years ago, when John Devine demolished an old bungalow to begin work on a new family home.

Horace’s skull and a broken antler were spotted one afternoon while John was preparing the bungalow’s foundations with his digger. In the days that followed his neighbour Tony Scholey began to assemble the bones, helped by his friend Jim Audus, a member of Poulton Historical Society. When they were cleaning the bones they made a remarkable discovery – a curious carved object which appeared to be man-made.

News spread, and archaeologists came to recover and record any bones still in the ground. On 12 August they revealed the rear leg bones and discovered a second object carved from bone, similar to the first. They were barbed points, the tips of hunting harpoons or spears. These barbed points were made by ancient hunters – the earliest evidence of people in North-West England.

Horace’s skeleton – and the weapons fond with him – are one of the most important archaeological discoveries from ancient Britain.

The examination of the elk bones revealed 17 injuries. Most were caused by flint-tipped weapons, but the barbed points found embedded in his body also left their mark. The soil around Horace was also analysed to understand the environment and date of his death. The layers of mud, tree pollen, and tiny freshwater shellfish found in the soil revealed that the landscape was boggy and forested – similar to the habitats elk live in today.

Analysis of the lesions (injuries) caused by flint-tipped weapons show that Horace was attacked from both sides. Shots were aimed at his chest, and were probably the main cause of death due to the collapse of his lungs. It has also been suggested that Horace survived an earlier hunt, as the lesion caused by a barbed point in his foot may have taken one or two weeks to form.

There are different views about Horace’s final hours. Horace may have been hunted on land and taken refuge in water, or chased into water and attacked from a boat. If Horace sank before he could be taken to dry land then this could explain why his skeleton survived intact.

Horace was donated to the Harris Museum, Library & Art Gallery by the Devine family.

We’re holding a competition to see who can do the best impression of Horace, with a cuddly Horace toy as a prize (closing date 31 July). Upload your photos (or videos with bellowing sound effects) to:

We’ve created an activity video showing how to create a ‘Horace Hat’ – complete with antlers – at home. We’d love you to share some of these with us.

We’ll be running a quiz on our Instagram account today so you can test your knowledge of Horace.

Can you find the hidden words in our Horace Wordsearch?

Why not enter the Festival of Archaeology’s competition with a recreation of the elk?

This online event is part of the Festival of Archaeology which is hosting a series of events from the 11 – 19 July.