Many thanks to Phil Howard for sharing from his book of poems Seeing With Words. They vividly illustrate in a witty and engaging way the unique stories behind some of our paintings. 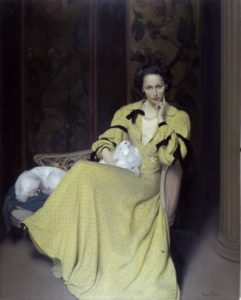 It was a risky enterprise, it’s true,
To portray a well-dressed, wealthy lady
At the height of wartime austerity,
But that’s the kind of thing that artists do
And always will, it’s really nothing new;
Still, I’m glad he captured for posterity
That less than enigmatic look we see;
I have no doubt as to its meaning, do you?
That cute presenter on the TV will
Never look at me that way no matter
How much I smirk and simper at the screen
And swear to her divine image that her
Beauty rivals that of a goddess-queen –
Though, if she did – Wow! – that would be a thrill. 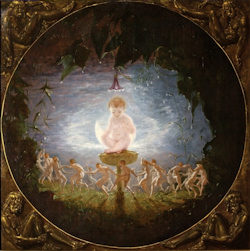 It’s a painting all about going mad,
Inspired by ‘A Midsummer Night’s Dream’;
The artist’s name is Richard Dadd.

It’s like the worst nightmare you ever had,
The imagery is a graphic scream;
It’s a painting all about going mad.

The painter’s life story is one that’s sad:
He committed a crime he couldn’t redeem,
The tragic artist Richard Dadd,

On a Middle-East trip his mind turned bad;
Fancy toppled reason, so it would seem.
It’s a painting all about going mad:

As around him fairies cavort, unclad,
Puck sits on a toadstool lit by a beam;
The painting is by Richard Dadd.

For this iconic piece we should be glad,
Though the fate of its maker was extreme:
It’s a painting all about going mad;
The artist’s name is Richard Dadd.

Landscape with a Hut in an Oak Tree
‘The Man in the Moon’ Inn Anthony Devis
Harris Museum & Art Gallery, Preston

You would have loved it, wouldn’t you
To have had a nice refreshing jar
In the pub that they called ‘The Man in the Moon’?
The one that they built halfway up a tree
As depicted by Anthony Devis.
I’m not lying, it’s absolutely true,
Take a look at the picture and you’ll see:
What a great place to spend a Happy Hour;
Some drunkards look like they’re warbling a tune,
Singing “you gotta come up here and see this”!

Perhaps there were loads of such drinking dens
Scattered all across the nation,
An alternative to cellar bars?
Perhaps there was a whole chain of the things?
Likely they would have been called ‘Treetop Inns’.
You’d have had to walk past the sheep and the hens
And then sprout a pair of virtual wings
To get a pint, but what a sensation!
Knocking back your ale, gazing at the stars
Whilst getting paralytic for your sins.

These three poems  vividly illustrate in a witty and engaging way the unique stories behind some of our paintings. Its great to read them again!  The Preston Poets’ Society have organised brilliant poetry events at the Harris. Thank you Phil. 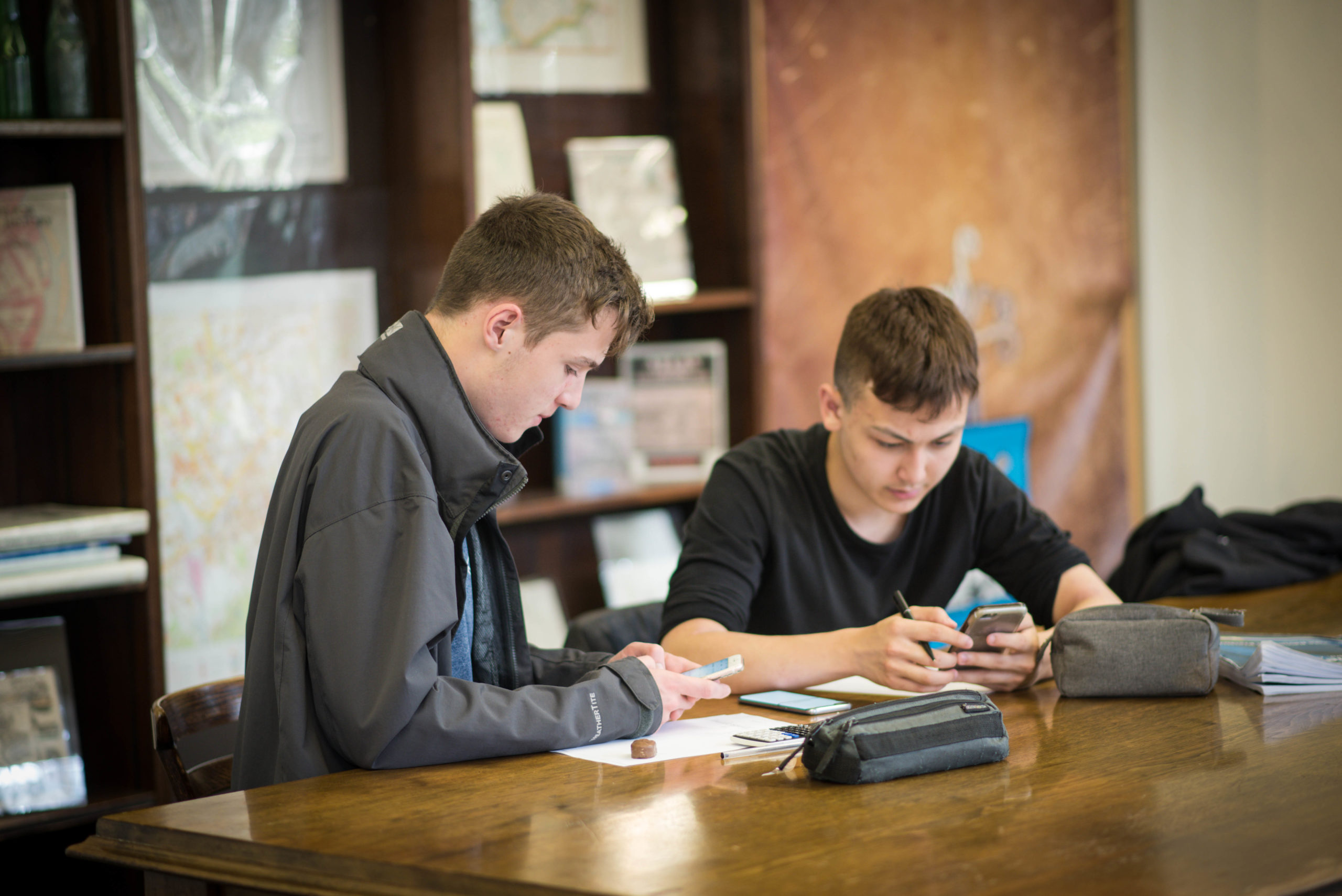 If you have a local story connected to the Harris send to theharris@preston.gov.uk. We would love to hear from you!