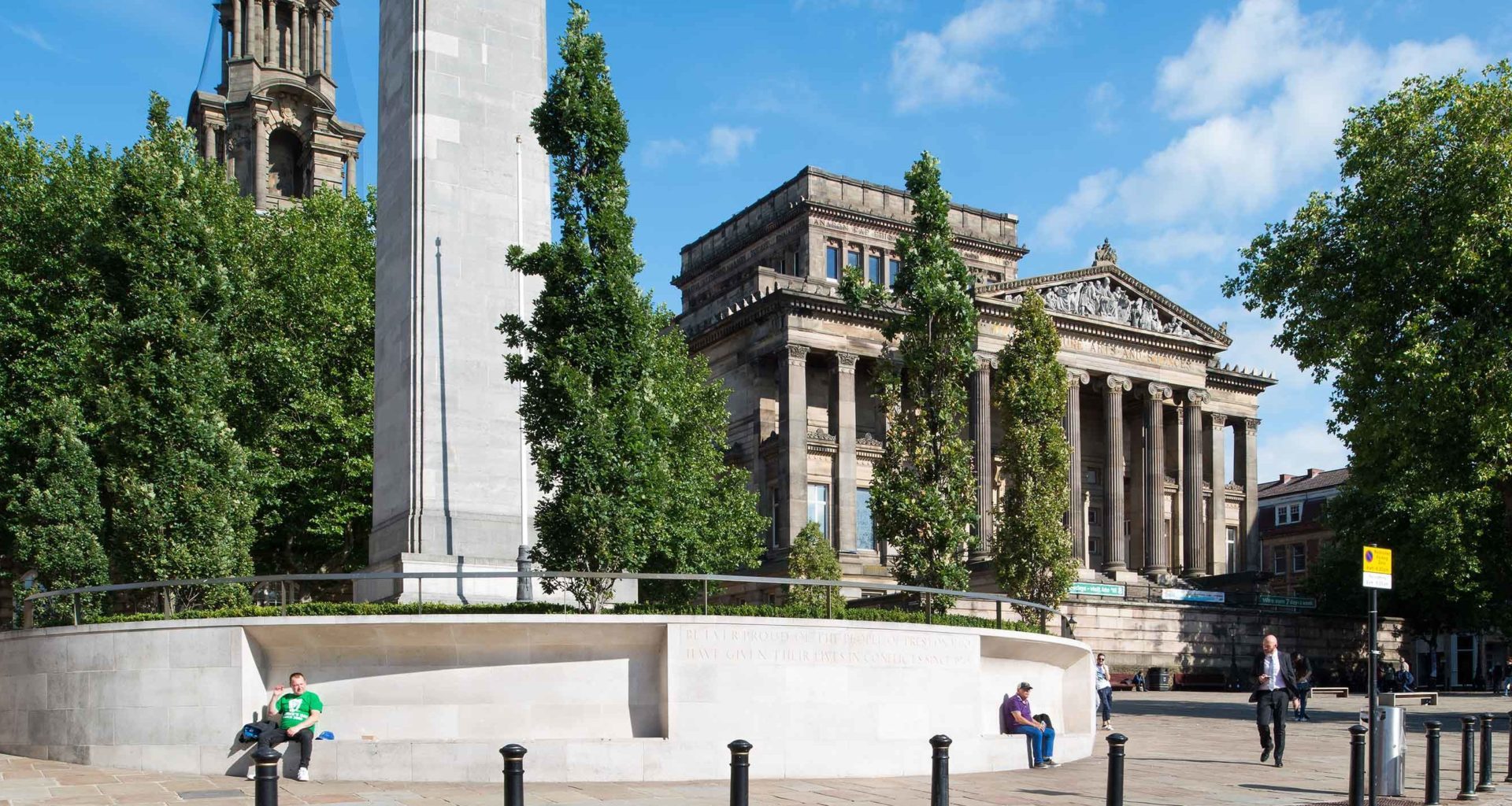 Our Story // Architecture of the Harris building

Architecture of The Harris building

The Harris Free Library, Museum and Art Gallery was designed by James Hibbert, a local architect and Alderman of Preston.  Hibbert was born in Preston in 1831 and educated at Preston Grammar School.  From 1855 he worked in partnership with Nathan Rainford, in the architectural practice of Hibbert and Rainford.  His early work included Fishergate Baptist Church, built in 1857, and St Saviour’s Church, built in 1866. The building work was undertaken by Cooper and Tullis, a Preston firm which had also been involved in the construction of St Walburges Roman Catholic Church. 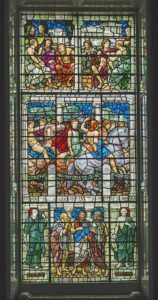 Hibbert used a Neo-Classical style for the new library, museum and art gallery. For the 1880s, this was somewhat old fashioned and differed markedly from the Gothic Revival Town Hall designed by George Gilbert Scott.  To prevent a clash of styles, the building was set on the western side of the square, adjacent but not next to the old Town Hall. Work started on the building in 1882.

The design for the building reflects 19th century ideas and attitudes. The Victorians felt that if classical art and architecture were viewed by the public it would have an uplifting and moralising impact. Hibbert chose an imposing neo-classical design as being the most suitable for a library and museum. This is because its chief features were “simplicity, symmetry of plan, truthfulness of expression and refinement of detail”.

The exterior design of the building reflects Hibbert’s vision of a neo-classical museum and art gallery. This style is paralleled in other European public buildings including the British Museum in London and the Konzerthaus in Berlin. The main difference in the design is the decision not to construct a set of front steps directly from the busy Market Square but to have two entrances from either sides of the building.

The main feature of the front of the building is the pediment which houses the sculpture representing The School of Athens which was planned by Hibbert and sculptured by Edwin Roscoe Mullins and a number of griffins guarding the lamp of learning on the apex, which were modelled and carved by Roland Rhodes under the architect’s supervision. Beneath the pediment is the inscription ‘To Literature, Arts and Science’ reflecting the purpose of the building and the interests of its principal benefactor Edmund Robert Harris. Around the sides of the building Hibbert chose to inscribe ‘On Earth there is nothing great but man : in man there is nothing great but mind’, ‘Reverence in man, that which is supreme’ taken from the meditations of Marcus Aurelius and lastly the promise ‘The mental riches you may here acquire abide with you always’. A further inscription exists around the lantern in ancient Greek taken from the funeral of Pericles, a ruler of Athens who is the central figure depicted in the pediment sculpture on the front of the building. 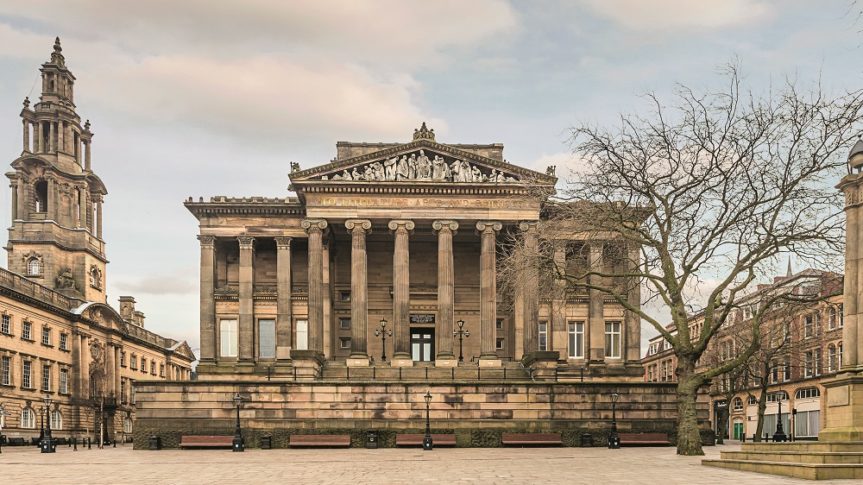 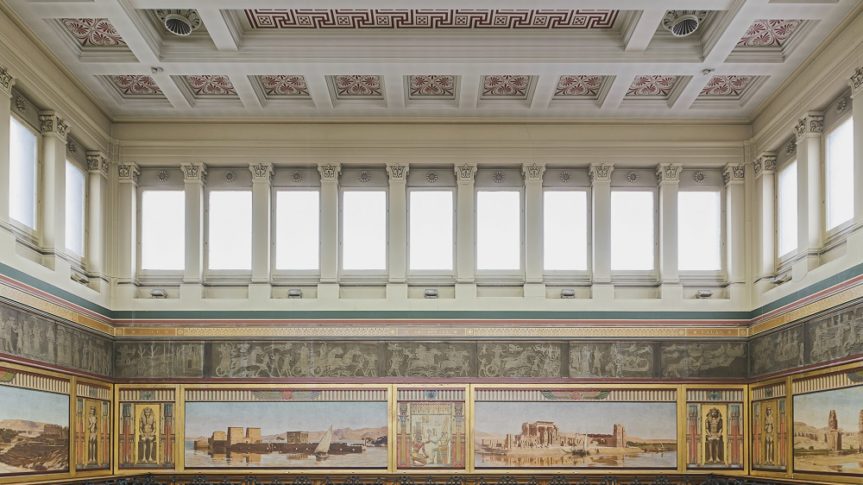 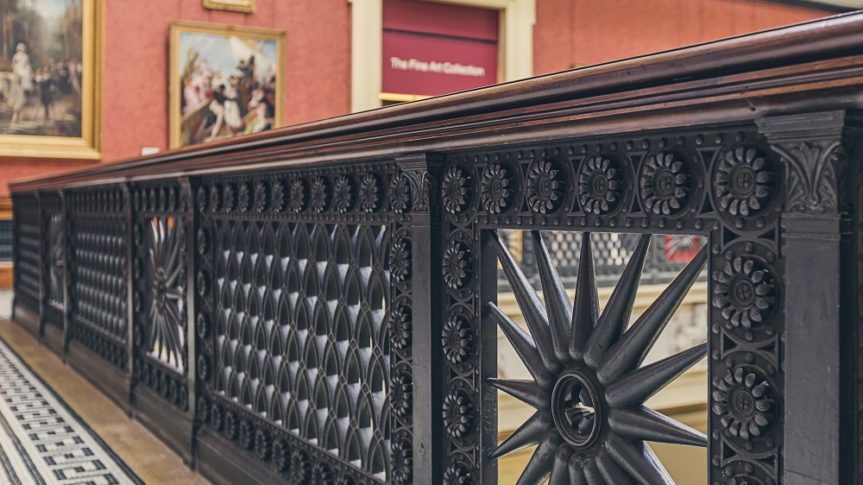 The Interior of the building 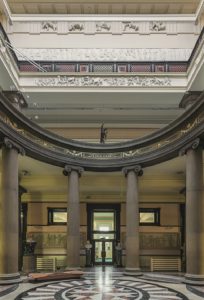 The main feature of the interior of the building is the impressive central hall which rises through four storeys to over 120 feet to the lantern tower. Hibbert’s design included not only the fabric of the building but he also devised an overall scheme that comprised the interior decoration and the actual exhibits.

The mosiac floors and columns also reflect classical influences from Ancient Greece and Egypt. As part of the design Hibbert also obtained plaster copies of Classical and Renaissance sculpture to illustrate the “whole range and history of the world’s greatest achievements in art”. These started at the top with Assyrian art, then classical Greek sculpture and down to Renaissance art on the ground floor. Only the Greek and Assyrian friezes on the upper floors of the central hall and copy of the Gates of Paradise, Lorenzo Ghiberti (c.1378-1455) from Florence on the ground floor still survive. The friezes are reproductions of the frieze from the palace of King Ashurnasirpal at Nimrud (885 to 860 BC), the frieze and the metopes from the Parthenon in Athens (438-32 BC) and a cast of the frieze of the temple of Apollo Epikourios at Bassae, Greece (420-400 BC).

Find out about Egyptian Balcony Tours 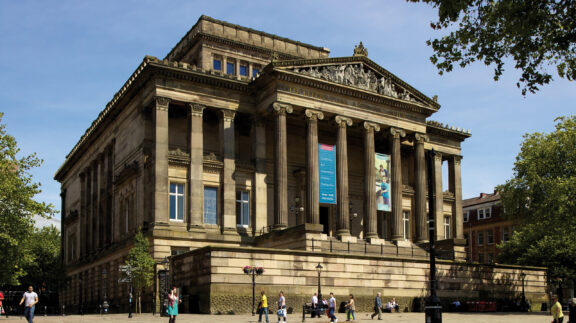